Inspired by Up from Disney/Pixar, National Geographic’s “How Hard Can It Be?” television series transformed fiction into reality when they constructed and flew a 16×16 ft house with 300 balloons.

Taking two weeks from initial assignment to actual flight a team of scientist, engineers, and balloon pilots flew the small house with people on board for one hour at 10,000 feet.

A video and more photographs following the break. 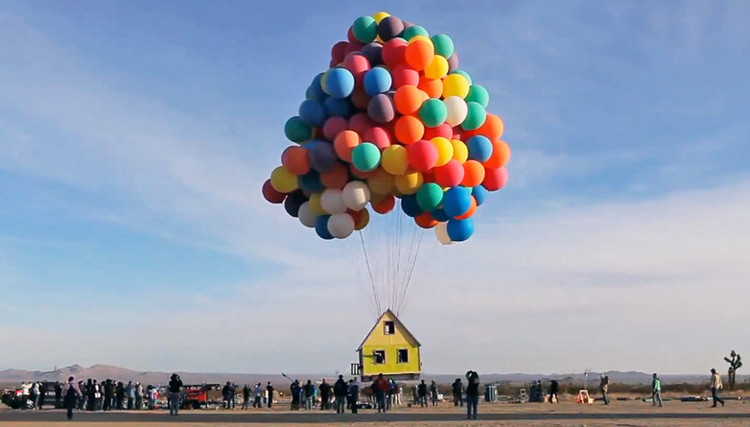 From foundation to top balloon stretched over 10 stories high and the balloons themselves are 8ft tall when inflated. The 300 balloons that it took to fly the house set a new world record for largest balloon cluster flight ever attempted.