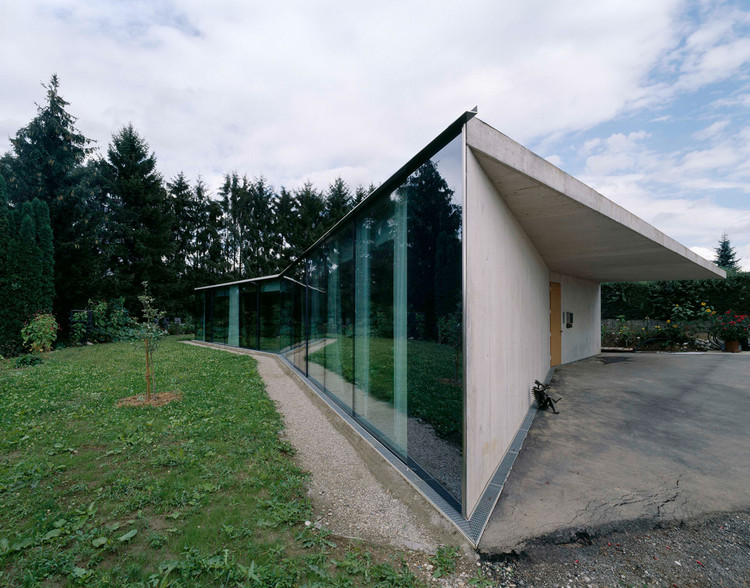 Text description provided by the architects. Mrs. Seifert, sixty-three years old and curator of an art gallery, commissioned this house after her previous home, an approximately 150 years old building, burned down. For her new home she demanded a particular requirement - namely, the new house (contrary to her previous one) should fuse with nature in order to give her an immanent feeling of the change of seasons.

Subsequently, the conception of the house became a deep engagement with Mies, in particular with the Farnsworth House, and the question of how a space should be constituted in order to open itself to the surrounding by simultaneously offering privacy. Furthermore, it became an investigation of how much freedom in space effectively determines the way of living in contrast to a few certain spatial determinations that liberate. Whereas the first model refers to Rietveld's attempts to create freedom e.g. by means of sliding doors etc. the later model refers to Mies' structured open plan.

The house was built as a passive house (no cooling or heating required) with an incredible low budget (1.400 €/m2) within a construction period of less than seven months. Since the beginning of the year 2006 Mrs. Seifert lives in the house - with no regrets. 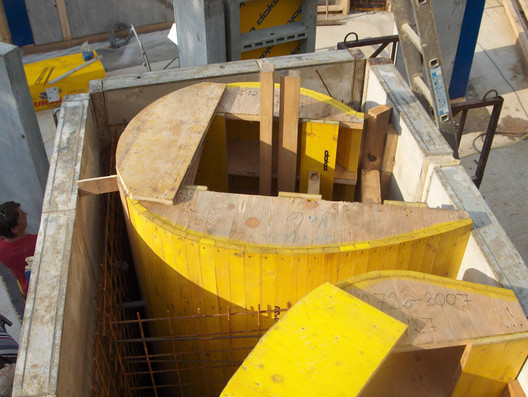 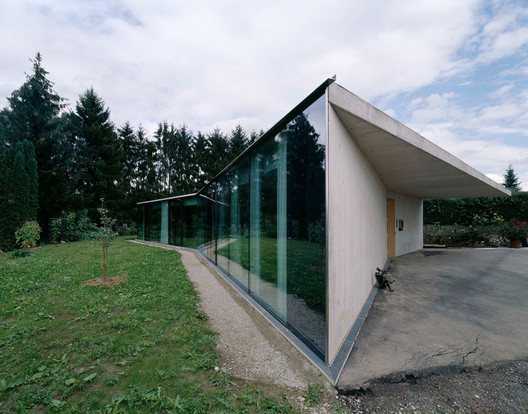