This villa is located in plot ORDOS project. 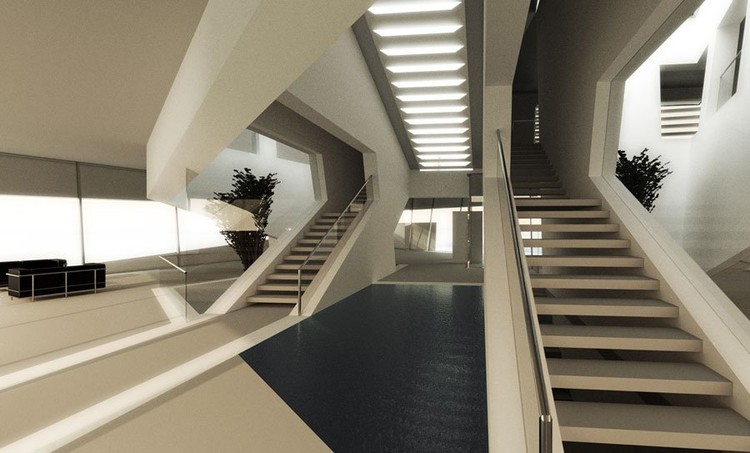 The project called “Inside Out|Outside In” is part of the Ordos 100 project and discusses the relationship and fusion of interior and exterior space. Rocker – Lange calls for an architecture of milieu – that an architecture of the circumstances and conditions by which it is surrounded. An “Architecture of Milieu” no longer strictly distinguishes between its inside and outside – it rather considers itself as always at once on multiple scales inside and outside, as architecture and environment. Consequently architecture and its environment are thought of not only as “inside” and “outside” of one another, but as zones of possible relationships, in which “inside” and “outside” vary and shift to accommodate changing seasons and usage patterns.

The “Architecture of Milieu” is an architecture of situation rather than site: An indefinitely expandable and differentiable ribbon serves as the continuous organizational strategy, inscribing zones of different degrees of interior and exterior space vanishing the separation between them. Especially in the widely varying Mongolian climate, seasonal usages of living areas may change dramatically between the cold winters and warm summers; by creating an architecture which is interwoven with its surroundings, we allow the climate to work with the inhabitants, rather than against them.