Text description provided by the architects. The rehabilitation and adaptive reuse of Henry Hobson Richardson’s Hayden Building of 1875 was a challenge both technically and conceptually. The owner, a not-for-profit organization, wanted to insert multi-family housing and retail into a dilapidated 8,500sf, five-story building that had previously housed commercial tenants. Because the neighborhood centered on the production of textiles during the end of 19th century, its occupants were mostly clothing and hat shops. After a mixture of businesses during the 20th century, the Hayden Building became a focus of adult entertainment in the 1960’s as the neighborhood turned into Boston’s red-light district, the Combat Zone. This Nationally Registered Historic Landmark sat vacant on the edge of Chinatown and the Theater district since a fire gutted it in 1985. Due to significant damage and neglect, the building’s shell required stone and masonry repairs along with completely new floor and roof framing systems. Existing lateral steel bracing installed to stabilize the façade after the fire had to be reworked to better accommodate the change of use. Considering the new residential use, egress was another technical challenge with only one staircase existing in the building. A secondary means of egress was resolved in the planning of the units with creative use of space and thoughtful negotiations with neighbors.

Conceptually, reviving a significant historic building by a very prominent American architect was a great challenge. The Hayden Building defines the beginning of architect H.H. Richardson’s rethinking of how to articulate larger commercial buildings that were using new building materials and engineering advances at the turn of the 20th century. The Hayden Building is essentially a sketch for the Marshall Field in Chicago, which became a template for early skyscraper designs. At a time when architects were trying to make buildings appear more residential in size, Richardson embraced the massive scale with oversized stone coursing and grouped windows in repetitive bays.

After much exploration of Richardson’s design methods and an understanding that the brownstone wall of the Hayden Building was a historically significant feature, the concept of reflecting the exterior massiveness of the wall to the inside began to form. This interior thickening of the wall provides layers of ancillary functions, much like Richardson did in his homes, with secondary programs that support the main uses of living, sleeping, and eating. For example, a food pantry, laundry, coat storage, and book storage provide mass along the wall, bring occupants back to the historic façade, and provide an additional layer of privacy with floor to ceiling windows in a busy urban area. Bedrooms were moved away from the historic façade so the entire wall could be experienced holistically as it was when it served commercial tenants long ago.

The interior detailing reveals the physical remnants of the buildings making, such as brick pockets left by the original scaffolding, as well as revives the design concepts of Richardson from the spatial layout to wainscoting to the organization of materials. The new entry off LaGrange Street reopens a historic front and inverts Richardson’s solid and void ideas; while the lobby and stairway host the story of the social history of the neighborhood and building tenants since 1875. Our charge was to rehabilitate a significant National Landmark while conceptually preserving the ideas that shaped it. 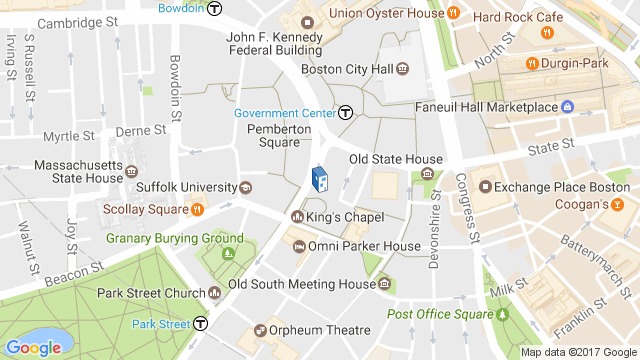 Location to be used only as a reference. It could indicate city/country but not exact address.
Share
Or
Copy
About this office
CUBE Design + Research
Office
•••