Text description provided by the architects. As the first military project of Skidmore, Owings and Merrill, the Great Lakes Naval Training Center takes the form of a rectangle and stretches along a long narrow site. The diverse program includes a reading and writing room, reception room, lounge, terrace and offices. Hostess House is the only surviving World War II-era building designed by Gordon Bunshaft.

Containing recreation areas, lounges, a double fireplace, and a terrace, Hostess House is noted for its cantilevered roof and soaring wood-laminate trusses supported by steel columns at each end. This reception and recreation center at the Great Lakes Naval Training Center, an early application of SOM’s mixed-use open-plan design approach, offered a welcoming, comfortable space for cadets who trained at the base during and after the Second World War.

Inside, the space could accommodate up to 3,000 visitors, and perforated metal screens could be repositioned to divide the recreation area. Designed for a narrow site facing a ravine, the structure’s exposed-beam ceiling, rich wood siding, and extensive glazing integrate Hostess House with both the surrounding landscape and neighboring campus buildings.

Opened less than a year after the 1941 attack on Pearl Harbor, today Hostess House is an elegant example of America’s rapid wartime industrialization. SOM designed and erected the graceful, economic structure in less than six months using an efficient, seven-day-a-week work schedule. Bunshaft finished the design—one of his first—immediately before he entered the Army in 1942.

After returning to SOM, he went on to design several modern masterpieces (including the 1952 Lever House in New York and the 1963 Beinecke Library at Yale University in New Haven), and was awarded the Pritzker Prize in 1988.

After both Hostess House and the nearby SOM-designed Gunners’ Mates School fell into disrepair, the Navy considered possible demolition. Recognizing both buildings as outstanding examples of mid-century design, several organizations—including the AIA, Illinois State Historic Preservation Office, National Trust for Historic Preservation Midwest, and Mies van der Rohe Society—participated in the campaign to preserve and restore the two campus buildings. Hostess House is now under consideration for future uses, including a possible Naval Museum. 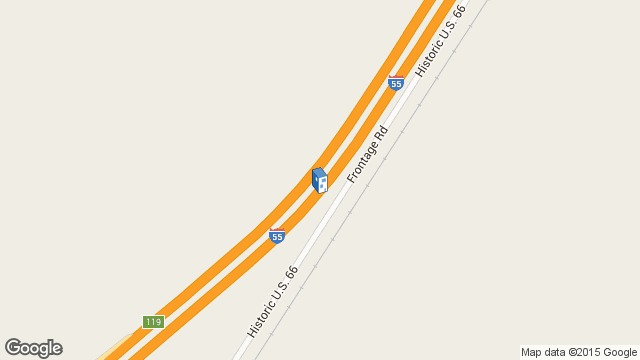