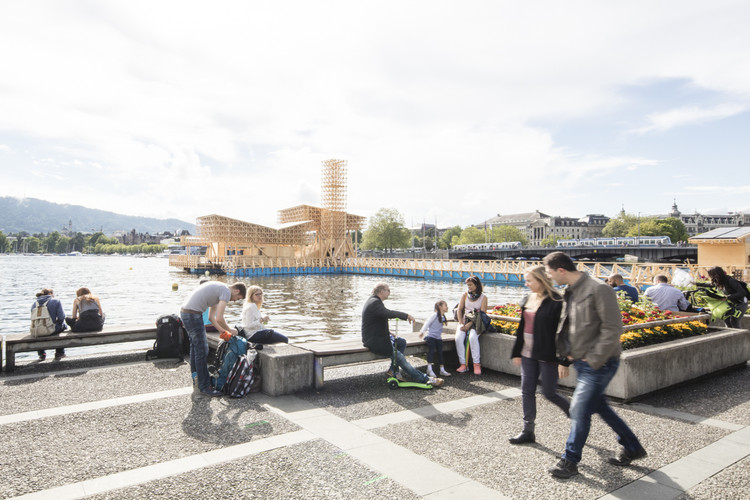 Manifesta—a nomadic, European biennial of contemporary art which "responds to the new social, cultural and political reality that developed in the aftermath of the Cold War"—emerged in the 1990s. For the eleventh incarnation of the event, which will take place in Zurich during the summer of 2016, Studio Tom Emerson have developed designs for a floating island which "will constitute a new temporary landmark in the city." Located on Lake Zurich and hosting an open-air cinema and integrated swimming pool, the Pavillon of Reflections will act as the central node for the 100-day festival. Designed and realised by a team of thirty students from ETH Zurich, the pavilion aims to offer a space for dialogue and reflection on the specific artworks created for the biennial.