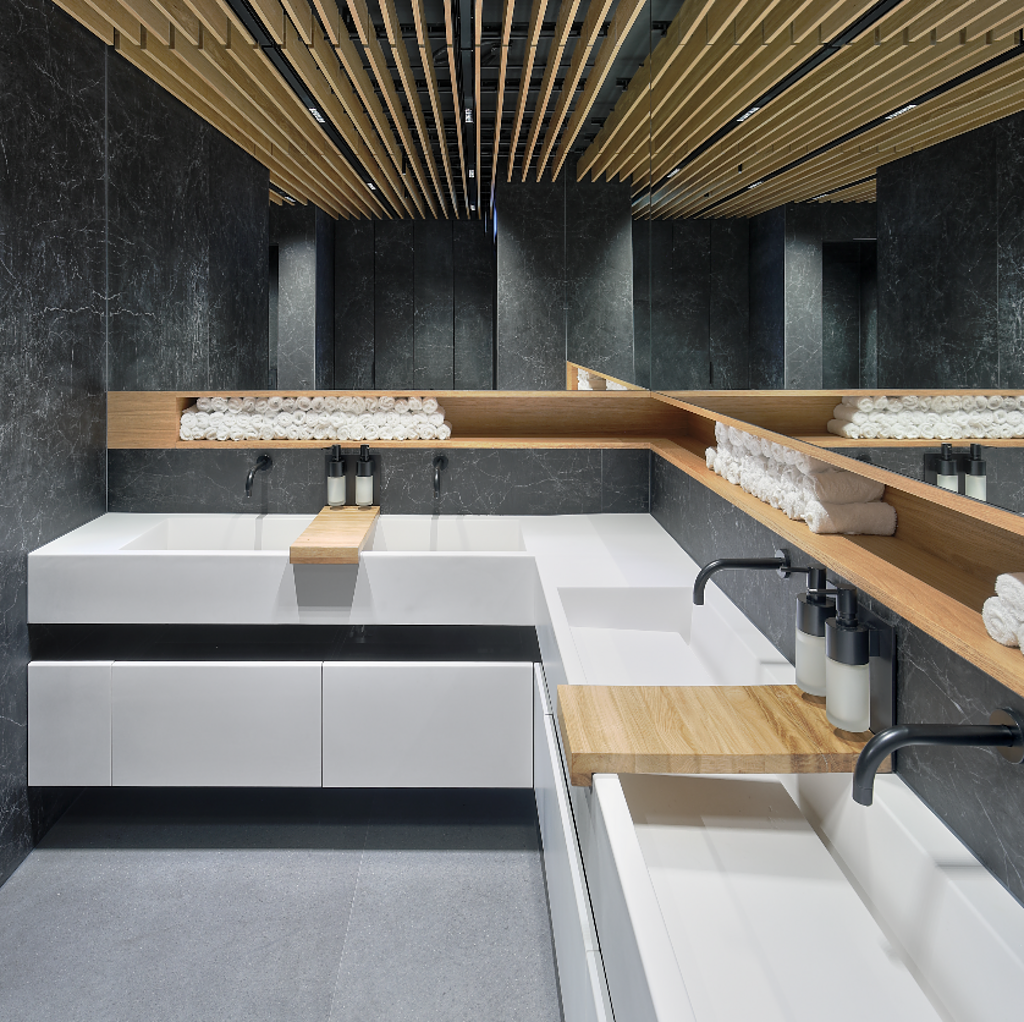 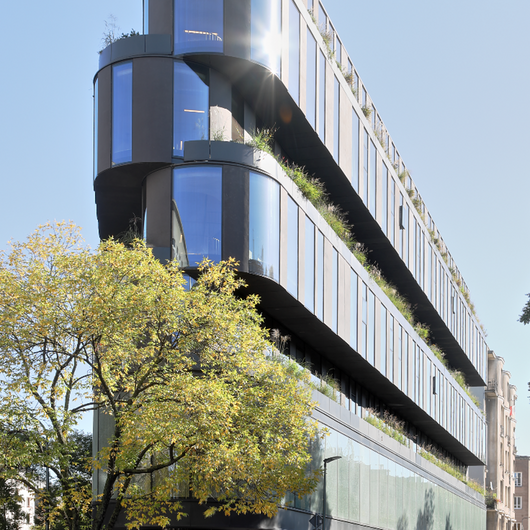 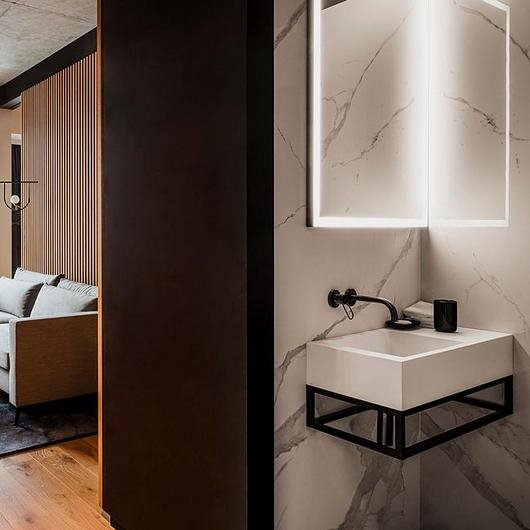 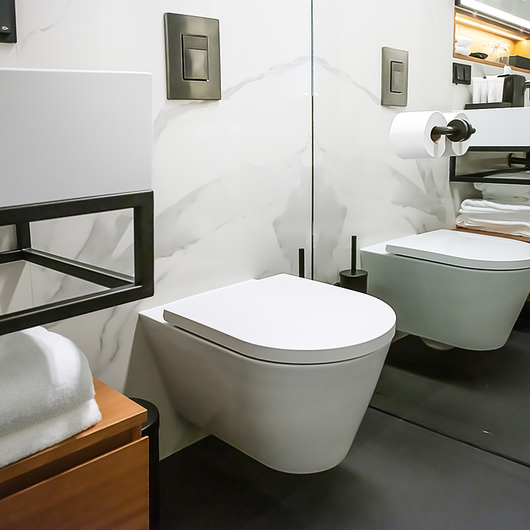 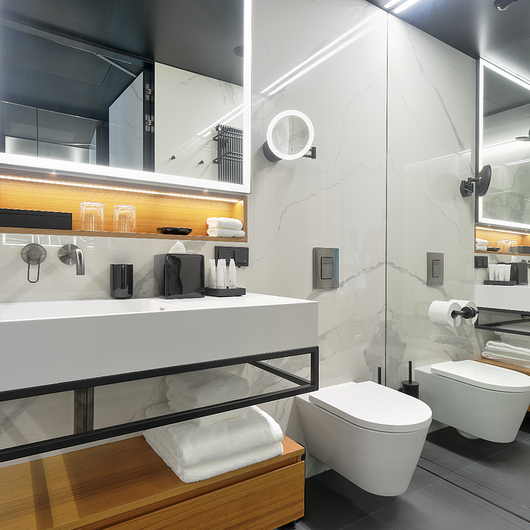 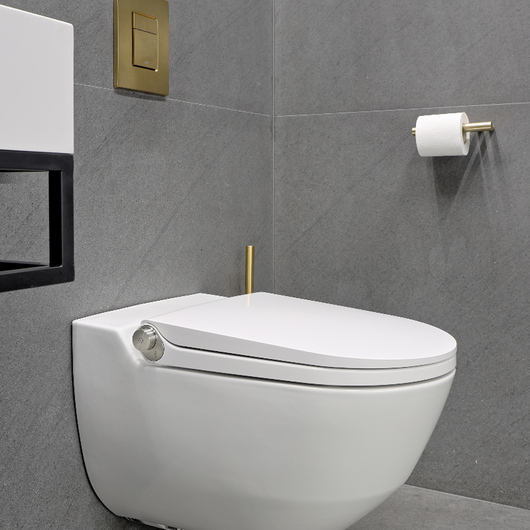 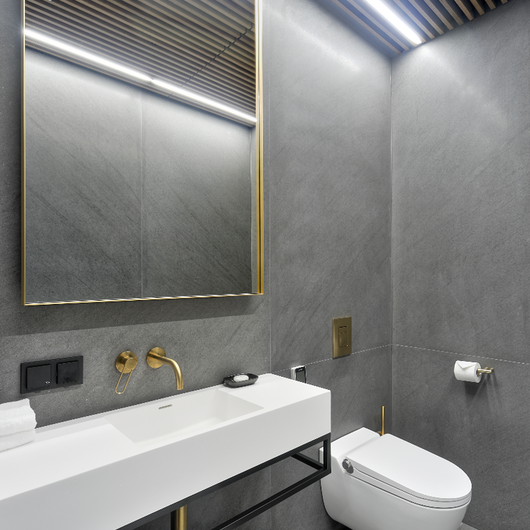 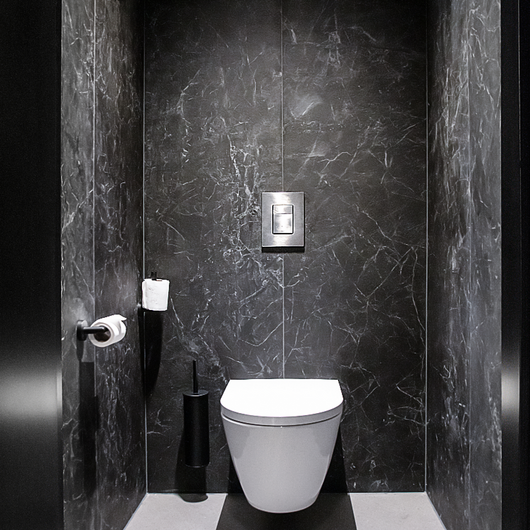 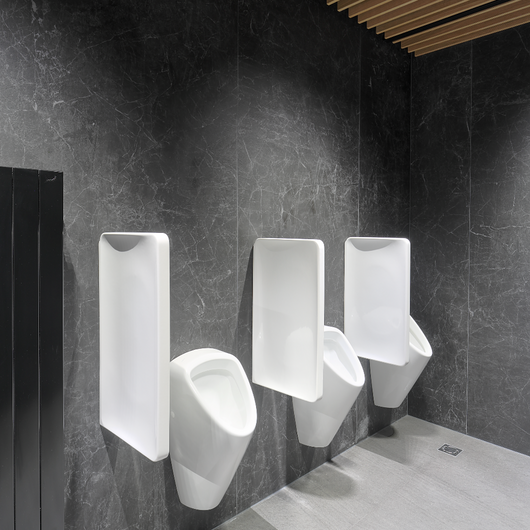 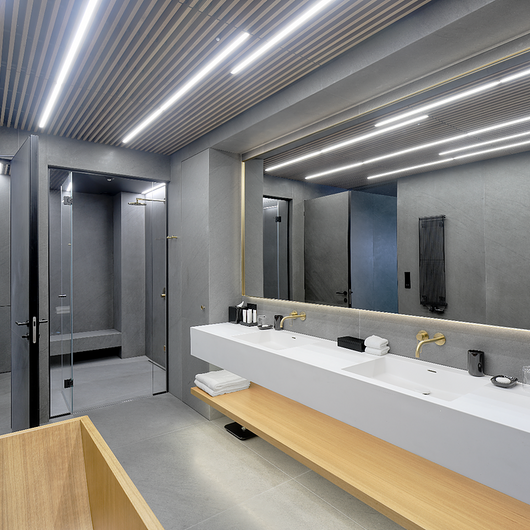 + 6 + 1
The product has been saved to the folder: My Downloaded Products

The Nobu Hotel in Warsaw, Poland is part of a luxury chain founded by Robert De Niro, Nobu Matsuhisa, and Meir Teper, combining elements of art deco from the early 1900s with the best contemporary design for a unique living experience. Laufen collaborated with the Polish design studio Medusa Group in constructing the hotel bathrooms, underlining its role as a leading company in the production of tailor-made solutions.

The hotel consists of 117 spacious and elegant rooms, bespoke meeting and event spaces, a fitness center, the Nobu Cafe, and the Nobu Restaurant. It is located on the corner of Wilcza and Koszykowa streets in Warsaw, near Poland's exclusive Koszyki Hall. The impressive form of the Nobu Hotel Warsaw was created by dividing seven stories symmetrically based on the ‘V’ line.

The interiors of the Nobu Hotel include two wings that combine classic and modern looks. The classic area is located in what was once the Rialto Hotel, an art deco building dating back to the early 1920s. The modern wing is part of a contemporary building created by Polish architects Medusa Group and the Californian Studio PCH. The result is a hotel that mirrors the balanced style of today's Warsaw: open, modern, and multifaceted.

All bathrooms in the Nobu Hotel were constructed by Laufen with help from the Medusa Group. Laufen offers custom-made bathrooms that blend with the interiors of the rooms. Thus, Laufen was an ideal partner for the project given the large number of rooms at the Nobu Hotel.

Laufen provides a bespoke service in creating bathroom products, like the washbasins and toilets used in the Nobu hotel, that are tailored to specific project requirements. In the Nobu Hotel, Laufen designed custom-made washbasins for all the bathrooms to optimize space as well as solid surface shower trays made in specific colors that match the additional bathroom elements.

Along with the custom elements, Laufen sanitary fixtures from the Kartell by Laufen and Laufen PRO collections were used. The executive bedrooms have Cleanet RIVA Shower Toilets, and the Caprino urinals were also used for the men's bathrooms in the public areas. 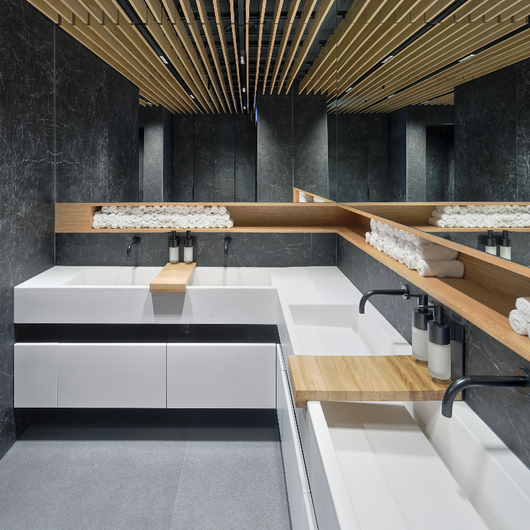 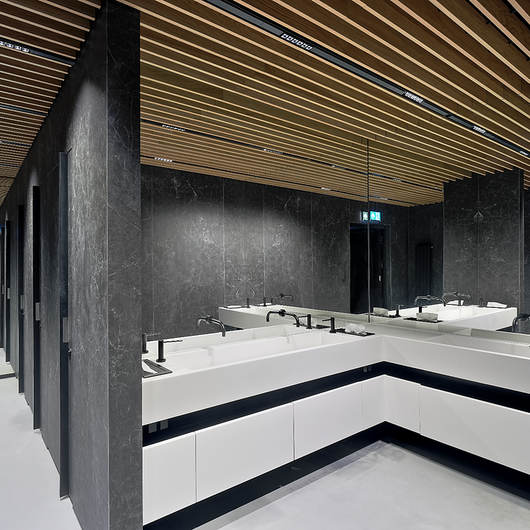 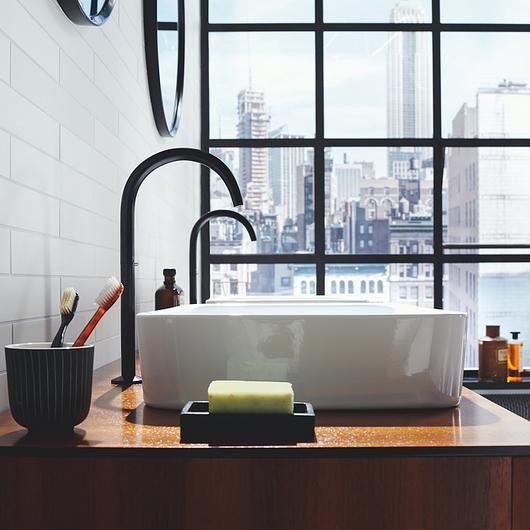 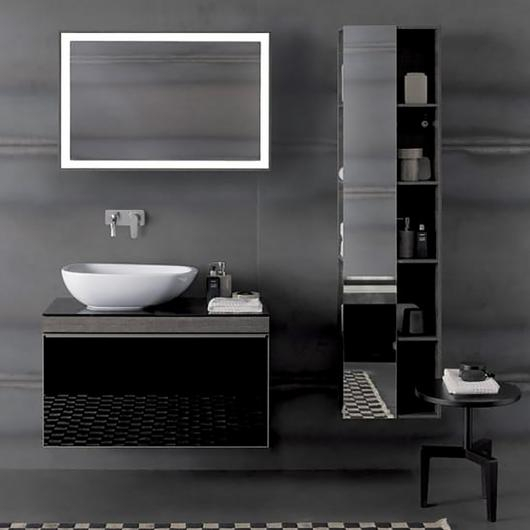