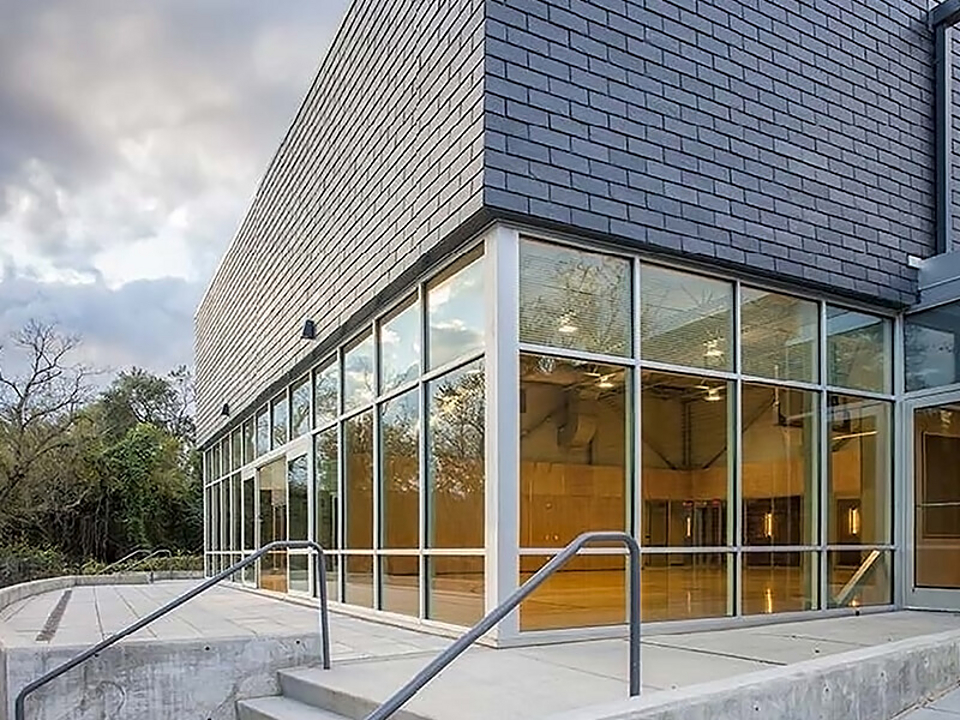 A recent renovation to the existing Palisades Field House in Washington DC, merges 3 periods of history on a historic landmark site, creating a space that exhibits the past, present, and future. The result is an interesting mix of architectural history combining aspects from when the land was occupied by Native Americans, a renovation in 1922, when the Palisades Playground was first established, to 1935 and 1936, when the grounds were further developed with the addition of a field house and park. The latest edition following the restoration of the existing building was an addition on the side of the building that sat closest to the river, creating unique, exceptional views over the Potomac River to Virginia, which consisted of glass walls and a natural slate CUPACLAD rainscreen system by Cupa Pizarras.

The most recent project for modernisation and restoration was designed and built by cox graae + spack architects and MCN Build. The scope included both the restoration of the existing part of the building, as well as a 7000 square foot addition, doubling the existing area of coverage. The D.C. Department of Parks and Recreation gave strict instruction not to "mimic the original building’s form and cladding materials" and to "exhibit a clear separation between what was original and what was new." this challenged the architects to find the right material to place in between the existing and new build, which complimented the old while being unique and modern in design. The solution was the CUPACLAD rainscreen system and the result is a contemporary yet timeless building that has recently achieved LEED Gold certification.

Natural slate was chosen for its beauty, timelessness and longevity. CUPACLAD natural slate was well received and approved for use in our several public presentations to D.C. Historic Preservation Agencies. The look of the grey/charcoal-colored, horizontally placed slate units was carefully considered and could be designed and installed not unlike typical masonry corner-to-corner installations, where only full or half-length units were to be used. This meant that in the corners, no ‘fill-in’ material was needed as the slate units wrap the corner conditions seamlessly.

CUPACLAD Rainscreen in the Market House