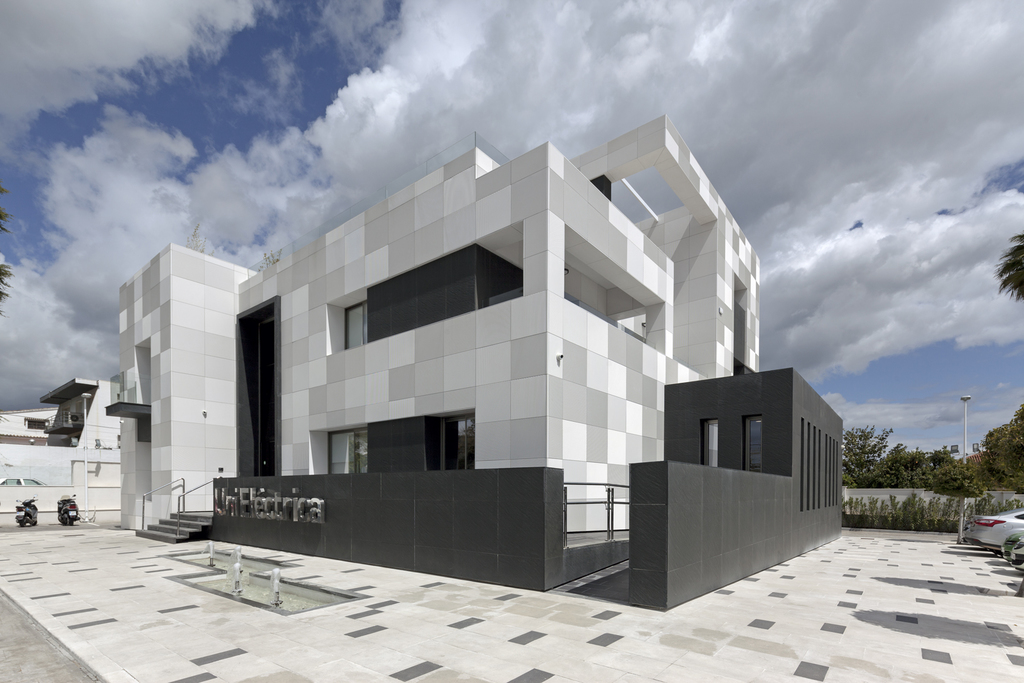 + 8
The product has been saved to the folder: My Downloaded Products

The new headquarters of UniEléctrica, a renewable energy company based in Córdoba is the result of an extensive refit that has turned an old building from the 1940s into one of the city's few smart, energy-efficient buildings. The new building has a clean, modern, futuristic appearance and has been refurbished to enhance its energy performance and house four offices that were previously scattered around Córdoba.

The architect, Fernando Cantarero chose ULMA facade panels because of the importance of reducing consumption and cutting the CO2 emissions that can be generated over a long period of time since a building can last 100 years.

ULMA’s polymer concrete facade panel system helps reduce the bioclimatic needs of the building because the ventilated chamber provided in the construction system avoids thermal bridges and functions as an insulating and protective air chamber. Condensation problems are also avoided which helps the thermal-hygrometric behavior of the building. This leads to several advantages: 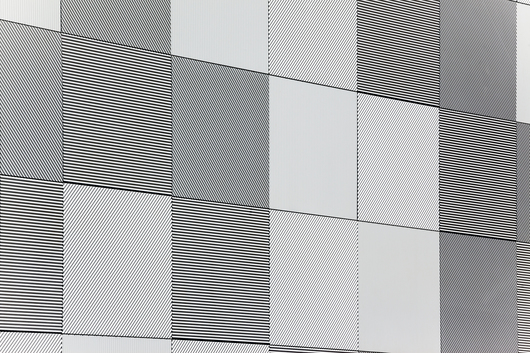 From an aesthetic point of view, the earth and water textures have been chosen to give the old building some personality and freshen up its image. The water panels change the image of the building as the position of the sun changes and laying them in four different orientations creates an optical effect that remains dynamic throughout the day.