Save
After Dante: Divine, Design, and the Cosmos
Share
Or
Copy

The book focusses initially on the philosophical, artistic, and scientific forces that impacted on the humanist of the late Medieval and Renaissance period, profuse in the exchange of ideas and discovery. Behind much of which was the impact of Dante’s Divine Comedy with a message which continues to reverberate through the centuries. What has also persisted is the perpetual tension between science, religion, and design because of their perceived contradictions. The book explores how we might gain inspiration and motivation to embrace a consistent artistry and sense of exploration in the face of an ever-expanding knowledge-based frontier. 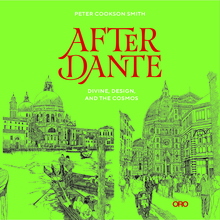 After Dante: Divine, Design, and the Cosmos
Buy now