Thanks to the New York Post article we noticed that this project Pionen White Mountain, which we featured November 24, 2008, is indeed the WikiLeaks Headquarters. Pionen – White Mountain designed by Albert France-Lanord Architects is housed in a former 1,200 sqm Cold War bunker (originally built as a World War II bunker); an amazing location 30 meters down under the granite rocks of the Vita Berg Park in Stockholm.

One of the original founders of WikiLeaks is architect John Young. Sections and more photographs following the break.

Update: It seems that the New York Post article was misleading. The Pionen – White Mountain facilities, a Bahnhof computer center, hosts two Wikileaks servers at these facilities and provides power, cooling, and Internet access to the servers. 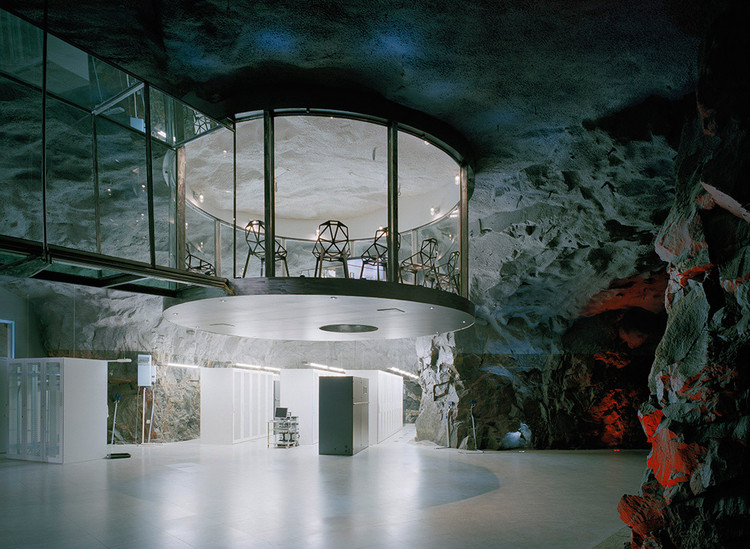