Nonument is a groundbreaking inquiry into the fate and future of a wide range of threatened, neglected and celebrated buildings, styles and structures. The term Nonument describes architectures, public spaces and monuments that have undergone a process of transformation within which they have acquired a new meaning. Nonument sheds light on many of the most hotly contested debates in the areas of architecture and conservation, as well as the political and cultural forces shaping them. Employing this concept through organisation of art projects, interventions and interdisciplinary symposia, a series of diverse contributions emerged. The publication mirrors this polyphonic nature of approaches through three different interconnected parts.

In the first section, Reflections, seven writers reflect on the phenomenon of contemporary nonuments and their relevance in contemporary society. These essays offer a bird’s eye view of the vast nonumental field from all across the globe, from contextualising the fetishism of both British brutalism and Yugoslav “Spomeniks” to the influence of post-colonial discourse and laissez-faire economics of the post-1990 transition from socialism to capitalism upon the changed urban space. Contributors, each through their own (inter)disciplinary language, address the negation of monuments and buildings as politically charged destruction of memory, driven by commodification, but also as a spatial opportunity and as a chance to rethink how to come to terms with one’s own past.
The Case studies section presents studies of seven nonuments: the Berengaria hotel in Cyprus, the Buzludzha monument in Bulgaria, the Flak towers in Austria, the Genex building in Serbia, the now demolished McKeldin Fountain in Maryland, US, the Transgas complex in the Czech Republic, and the Pioneer Railway in Slovenia.

The outer sleeve of the book is printed with an index and a map of nonuments in Austria, Bulgaria, Czech Republic, Cyprus, Serbia and Slovenia. Rather than a glorified collection of obscurities and architectural styles, this database hopes to become a device through which we can better understand the impact of governmental changes on the uses of public space, the way we comprehend space and architecture, and the role that the politics of space play in the creation of dominant narratives.

Case studies
194 Fred Scharmen: Thinking of a Master Plan: A look at how McKeldin Plaza came to be, and how it was all undone
208 Danica Sretenović: Traveling for the sake of travel: Pioneer railroad in Ljubljana (1948-1954, 2019)
222 Aneliya Ivanova: The House-Monument of the Bulgarian Communist Party on Buzludzha Peak
234 Vladimir Dulović: Symbolic Perceptions of Belgrade’s West Gate Building and Their Repercussions on its Present State and on its Future
246 Achilleas Kentonis: Berengaria Hotel as a legend generating machine
256 Joshua Köb: Vienna’s flak towers: cautionary grey giants or concrete facts?
264 Ladislav Zikmund-Lender: Anatomy of Demolitions: How We Got to the Case Transgas? 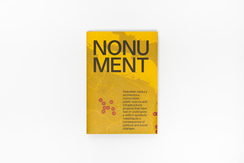