Creating a building that is adaptable, interactive, and accessible for everybody, Cosmos Architecture, an international architecture practice based in Milan, Madrid, and Shanghai, imagined the new congress center of Banja Luka, in Bosnia and Herzegovina. The project, an iconic lighthouse represents innovative architecture paradigms and urban identity, generating narratives within the city scheme. 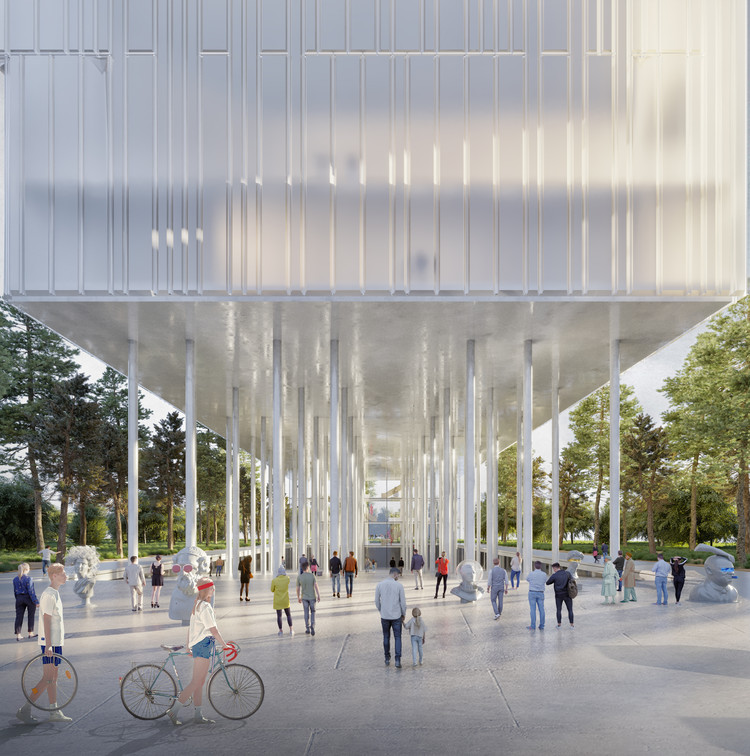 Much more than a landmark, the proposal entitled Common Lights and designed by Cosmos Architectureelevatedfirst a substantial part of the program while lowering the other, in order to create a public void within and underneath the structure. Part of the building, this space becomes an informal cultural plaza within the boundary, providing dynamic interaction between the city and the cultural activities offered. Not limited to its function, the intervention stimulates its surroundings, incorporates difficult collective environments, and transforms various complexities into a new enriched identity.

Aiming to regenerate the growing city neighborhood, “the proposal is a shared ecosystem that enables a conversation between many different fields of culture”, drawing artists, visitors, and the community of Banja Luka to come together. Reflecting on the ultimate goal of vibrant and impulsive outcomes, the project introduces flexible open spaces. In fact, these reversible and temporary settings are easily assembled and disassembled, as well as quickly interchangeable according to the hosted events.

Located on a strategic point in the city, once home to a military base, the project seeks to activate the surroundings, generating connections between the past and the present. Freestanding and surrounded by green spaces, Common Lights presents new hybrid environments. In fact, the design takes on the characteristic of Banja Luka and its heritage, such as “open building”. Rediscovering the potential of the site, the project eliminates the physical limits and any kind of separation at the urban social life level, opening new ways of thinking and using the public environment.

A place that challenges minds and emotions, while creating memories, the program is mixed and melts into the building through artistic productions. “These activities do not take place in confined or hidden rooms but in transparent and open areas, allowing social and surprising discourse to happen in a cultural context”. Finally, Common Lightshopes to transform the city, by generating a series of experiences. 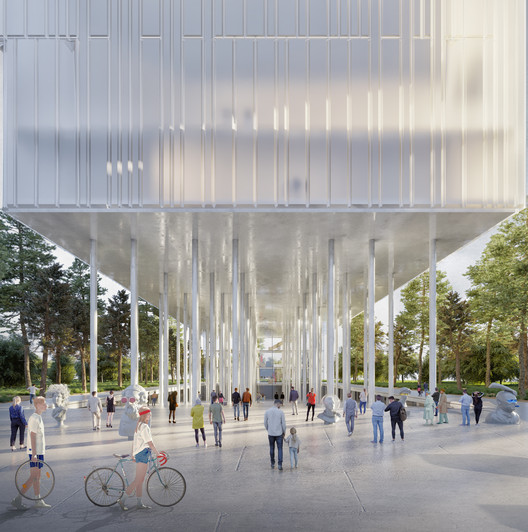