Save
Landscape Observatory: Regionalism in the Work of Terry Harkness
Share
Or
Copy

Description via Amazon. The modernist history of landscape architecture is deeply marbled with veins of regional and phenomenological sensibility. Master designer Terence G. Harkness reflects this sensibility in every region he inhabits – whether the foothills of northern California, the high plains of North Dakota, or the lost prairies of east central Illinois. The long arc of his work and teaching is essentially and critically eco-revelatory. Yet because Harkness is not principally a scholar, his work has not been widely studied. That omission is redressed by this presentation of Harkness’ most significant and recognizable works, including drawings, plans, models, and photographs. Contributors to the book chronicle Terry’s development and values and position him in the currents of contemporary landscape discourse. 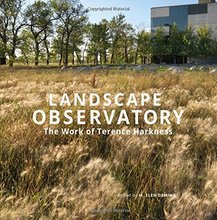