Save
Auschwitz - Fall of the Modern Age
Share
Or
Copy

The project »Auschwitz - Ultima Ratio of the Modern Age« is a photographic investigation of the connections between modernity and the Holocaust. The visual analysis is based on the architec-ture and infrastructure of the largest extermination camp in the Third Reich: Auschwitz-Birkenau. Lewandowski's photographs show building types as well as devices whose function was the mass killing of people. To do justice to this purpose, the planners and executives of these National So-cialist crimes made use of ration-alist means based on the basic principles of modernism. These principles were originally intended to serve the creation of surplus value, which was also understood as an improvement of the human condition. The Holocaust has re-vealed the ambivalence of the methods of modernity. 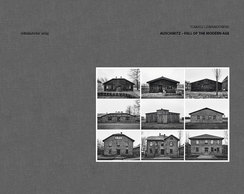