Description via Amazon. The book investigates the multitude of metro and its contribution to the city not only as a functional infrastructure but also as an urbanistic project with the potential of transforming the urban space through an extreme case of Zhengzhou, which contains the arguably one of the most important infrastructural history in China. A city based on railway is switching into a new era of metro, which is going to both strengthen its old city center and further to serve for the new district development as new urban spines. The book contains the systematic research on the urbanistic capacity of metro through the qualitative and quantitative analysis and the speculative design for the city around the metro. 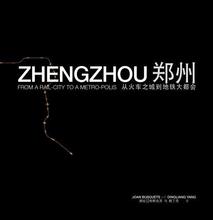 Zhengzhou: From Rail-City to Metro-polis
Buy now
Buy from
amazon.com
Share
Or
Copy