Save
The California Mass Timber Building Competition
Share
Or
Copy

The California Government Operations Agency (GovOps) will award $500,000 in grants as part of the statewide California Mass Timber Building Competition

The California Government Operations Agency (GovOps) will award $500,000 in grants as part of the statewide California Mass Timber Building Competition. Grants will be awarded to selected proponent teams presenting viable and repeatable mass timber solutions for commercial and multi-family projects in California. The competition is being hosted by GovOps and administered by WoodWorks – Wood Products Council.

By showcasing the architectural and commercial viability of advanced mass timber products in construction, the competition is intended to support employment opportunities in rural communities, contribute to the health and resiliency of California forests, and advance sustainability in the built environment.

California is the largest consumer of engineered wood products west of the Mississippi River, yet almost none is produced in the state. By showcasing opportunities for mass timber, GovOps seeks to stimulate the demand for buildings constructed using mass timber and generate investor interest in potential in-state production capacity while advancing its climate change and green building objectives.

Mass timber also has the potential to help reduce the risk of catastrophic wildfires in California. After a century of suppressing forest fires to protect communities, many U.S. forests are now overly dense and susceptible to large and severe fires. Mass timber products present an opportunity for large, solid structural elements to be potentially manufactured from relatively small-diameter trees as well as other traditionally lower-value resources (such as trees that are dead or dying due to bark beetles or other insects and disease). Demand for these byproducts of sustainable forest management practices helps provide a market incentive for forest thinning and other landscape restoration efforts that reduce the risk of high-severity fire. The intent of this competition is to inspire interest and support for innovative wood products among the architectural, developer and building communities as well as the general public.

Mass timber is more commonly used for construction in Europe, but the last decade has also seen an increase in use as a structural element in North America; Canada, Washington and Oregon have experienced some early success in making these products a viable alternative to traditional building materials. As a construction material, mass timber is attractive to designers for its strength, affordability, aesthetics, construction efficiency, structural performance, reduced carbon footprint, and ability to work alongside other materials as a structural element.

Demonstration projects are needed in California to familiarize local permitting and approval agencies, design practitioners, developers and construction contractors as to the viability of these products. 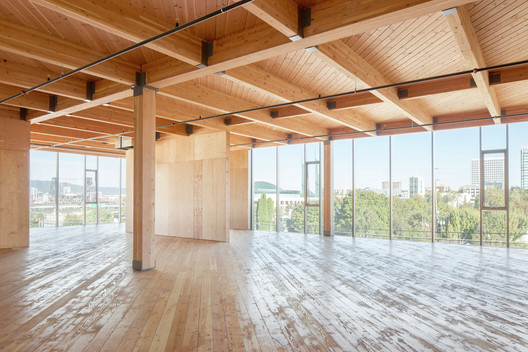