Ever since the 18th Century when Alexander Pope advised his peers to “consult the genius of place,” the idea that designers could interpret and then express the essential identity of a place has been venerated in landscape architecture. This issue of LA+ is devoted to critically exploring the nexus between place and identity with contributions from disciplines as varied as landscape architecture, architecture, philosophy, literature, ethics, marketing, anthropology, history, politics, and visual arts.

The feature artist for this issue is Singaporean-based interdisciplinary artist Robert Zhao Renhui. 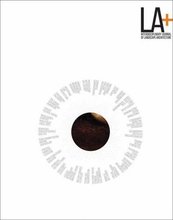