Save
The NAi Effect: Creating Architecture Culture
Share
Or
Copy

Since its first iterations in the early 19th century, the architectural museum has been one of the most significant forces in the creation and dissemination of architectural culture to a wide audience, while also serving as an important locus of authority for architectural discourse and practice. Architect and scholar Sergio Figueiredo’s new study, The NAi Effect: Creating Architecture Culture, elucidates the social and cultural aims of architecture museums and their impact in creating architecture culture through a critical survey of the history and the legacy of one such institution, the Netherlands Architecture Institute (NAi) in Rotterdam. This volume embarks on a probing exploration of one of the most important architectural institutions in the world, offering new insights into its history, how cultural policy operates on the ground, and how cultural institutions relate to a fast-changing global context. 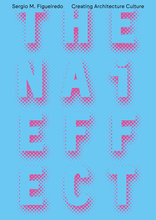