Description via Amazon. The region of La Garrotxa, in Girona, has provided the backdrop for the work of RCR Arquitectes (Aranda, Pigem, Vilalta). After AV 137, which presented the unique and unmistakable language developed by the Olot trio during the first twenty years of their career, the second monograph devoted to the Catalan studio illustrates RCRs international expansion over the last decade. With introductory essays by William J.R. Curtis and Josep Maria Montaner, followed by six works, six projects in progress and six competition proposals, including large public infrastructures like the Soulages Museum, and transformation projects like the studios new headquarters in Bordeaux. 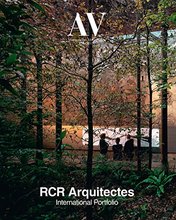