‘Green corridor,' ‘green connections,' and a ‘green program’ are coming to Vietnam's third largest city, Da Nang. Antwerp-based design company OMGEVING and partners was awarded a joint first place prize — out of 39 applicants —for the design competition for Da Nang's Han Riverfront master plan that has an estimated cost of 85 million euros. 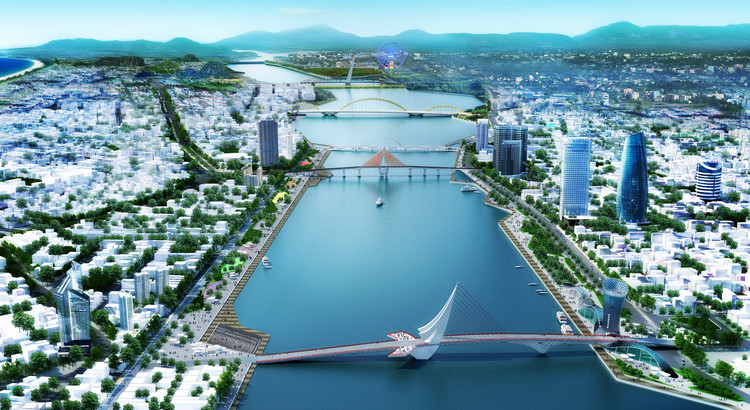 The key principle remains restoring the river nature in the city while creating a park of which the shape refers to the original riverbanks said the jury.

The Han river runs the length of the rapidly growing city of Da Nang. Its riverfront's new master plan will stay on par with the developments in the area — while also regenerating the masterplan. In addition to a floating market place, a city park, and an urban sports park, four buildings will be employed: an opera building, a water hub building, and a redesigned market hall and concert hall.

A 2.2-hectare park will be situated adjacent to the river, 3,000 new trees will create a design unity at the scale of the city as a whole. Motorbike and pedestrian bridges will sustain both riverbank parks to prosper. 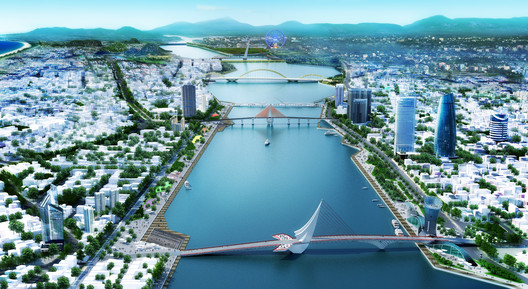