For nearly three decades, Eric Owen Moss Architects has been at work transforming the former industrial area of the Hayden Tract in Culver City, California into one of the most highly concentrated centers of architectural experimentation in the world. Eric Owen Moss Architects/3585 offers a unique look into the mind and method of one of the most important architects working today through a comprehensive presentation of three schemes designed for a single site in the Hayden Tract since 1991.

The book traces the intellectual odyssey of Moss’s forty year career with a comprehensive presentation of the twenty-five year process that led to his recently completed Cactus Tower and Waffle. A wealth of sketches, drawings, models, renderings, working drawings, and extensive photographic documentation provides valuable insight into the cultural and technical complexities at the heart of Moss’s provocative architecture.

Todd Gannon is an architect, writer, and curator based in Los Angeles. A graduate of The Ohio State University (BS Arch, M. Arch) and UCLA (Ph.D.), he taught at Ohio State, Otis College of Art and Design, and UCLA before joining the faculty at SCI-Arc in 2008, where he teaches history, theory, and design studio, coordinates the Cultural Studies curriculum, and serves as editor of academic publications.

Eric Owen Moss, FAIA, was born and raised in Los Angeles, California. He received a Bachelor of Arts from the University of California at Los Angeles. He holds Masters Degrees in Architecture from both the University of California at Berkeley, College of Environmental Design and Harvard University’s Graduate School of Design. He has held teaching positions at major universities around the world including Harvard, Yale, Columbia, University of Applied Arts in Vienna, and the Royal Academy in Copenhagen. Moss has been a longtime professor at the Southern California Institute of Architecture (SCI-Arc), and served as its director from 2002-2015. 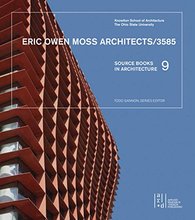