Vo Trong Nghia Architects (VTNA) has unveiled a proposal for a Green City Hall in Vietnam’s Bac Ninh City. Designed as a vertical park, the 36,000 square meter proposal is meant to serve as a new symbol for a traditionally agricultural, but rapidly industrializing area of Northern Vietnam. The VTNA proposal is part of a larger plan to develop a new urban area on the edge of the old city, and is designed to be a catalyst for future green developments in the area. 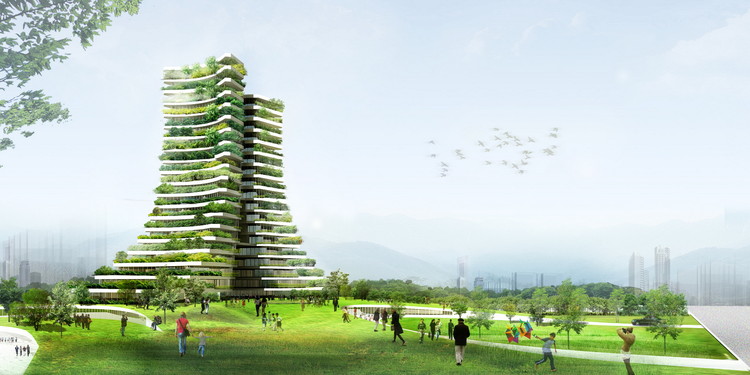 The building is composed of two volumes that lean towards each other – think shuffling cards with a riffle or dovetail method – in a gesture that is meant to symbolize a unity of citizens and government.. Cultural facilities in the structure’s base give way to government offices in one tower with party offices and a citizen center in the other. The two towers culminate in an observation deck. 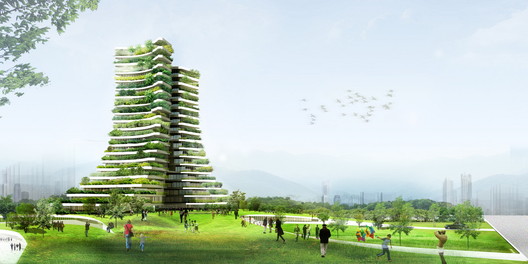