Save
Behind the Lines by TYIN Tegnestue
Share
Or
Copy

Andreas Skeide's Behind the Lines by TYIN Tegnestue details the lifelong journey of architects Yashar Hanstad and Andreas Gjertsen, following their story from their start as students to their transition into professional architecture. The book looks at the logic behind the formation of TYIN Architects and eleven of the resultant projects, highlighting both the successes and the failures along the way. The following is a series of excerpts from the book detailing pivotal moments in their careers.

Their first project was done.

Working on Rundhallen would lead to a couple realizations. First, moderation in work would not be a forte of TYIN. Coupled with the obligation of studies, this led to a year of long working days and short nights.

- For me, the reality and tempo of the building site proved a far more rewarding and inspiring environment than the lecture halls of school. It was constantly abuzz, things happening everywhere, people meeting, talking, discussing, fighting, plans and ideas morphing over time and on the spot to fit with the demands of physical reality, explains Andreas.

The second realization was the impending feeling of emptiness and anti-climax of successfully completing a large and strenuous project. After eleven months of hectic work and the completion of the project, the lack of a real-world challenge would soon prove more tiresome to the young architects than long working days spent on the building site.

The old and battered pickup pulled onto the jungle road. Andreas sat on the flatbed with his computer surrounded by their neatly packed belongings, while Yashar sat behind the wheel. The last six months had been one long challenge, putting their resolve to the test at every turn. But, it certainly had been educational, and with the successful Safe Haven-workshop as the finishing event, Noh Bo sent them off on a good note.

TYIN felt like they had grown a size in northern Thailand.

As chance had sent them down a new path when they happened upon the Safe Haven-flyer, it would again change the course of TYIN when Sami Rintala put them in contact with Case Studio Architects. Case Studio Architects is an office operating mainly in poor, urban areas. The young architects were making the transition from the thick of the jungle to one of the world's largest and most socially uneven metropolises.

They didn't quite know what to expect.

What began as frustration with monotonous studies and a desire to find meaning ended up in a formative and eventful journey to the far corners of the world for Yashar Hanstad and Andreas Gjertsen. It began as a coincidental meeting at the Norwegian University of Science and Technology, which after subsequent months of working together grew into a lasting professional bond. Aspirations towards social sustainability and pragmatic creativity are tantamount for the young architects, outlined here through diverse projects and personal reflections, from an orphanage and attempts at improving slums in Bangkok, to a Sumatran training centre and original projects in Norway.

Find bookshops near you that carry "Behind the Lines," courtesy of Idea Books

Behind the Lines by TYIN Tegnestue
Buy from
amazon.com 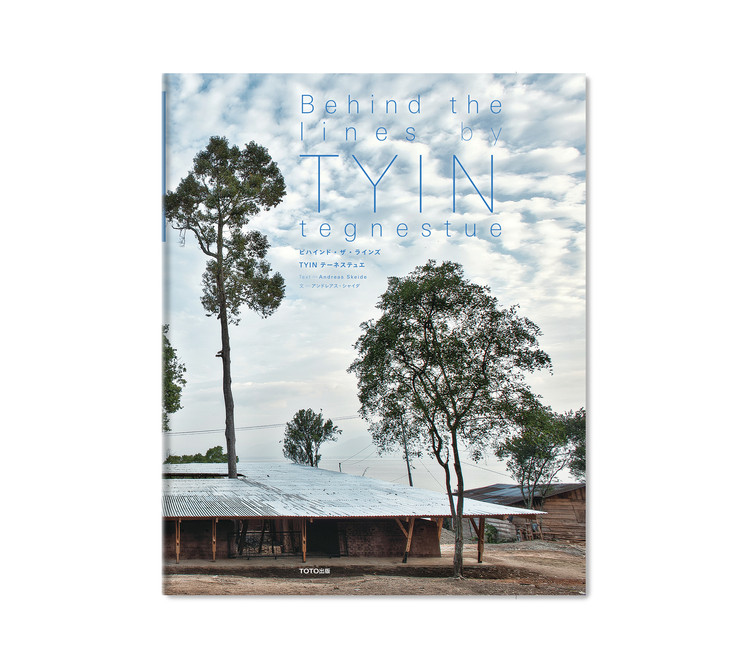