MOBO Architects has won a competition to refurbish the vertical and horizontal access structures of the UNESCO protected fortresses that surround Cartagena's colonial walled city. With an aim to create a walking tour through the bastions and walls that is both safe and pleasant, MOBO’s winning proposal offers a series of urban interventions that will unify the existing disparate structures and create a continuous pathway for pedestrians and cyclists. This, as MOBO describes, will “completely restructure the way that the citizens and visitors use not only the wall, but also the spaces in the city.” 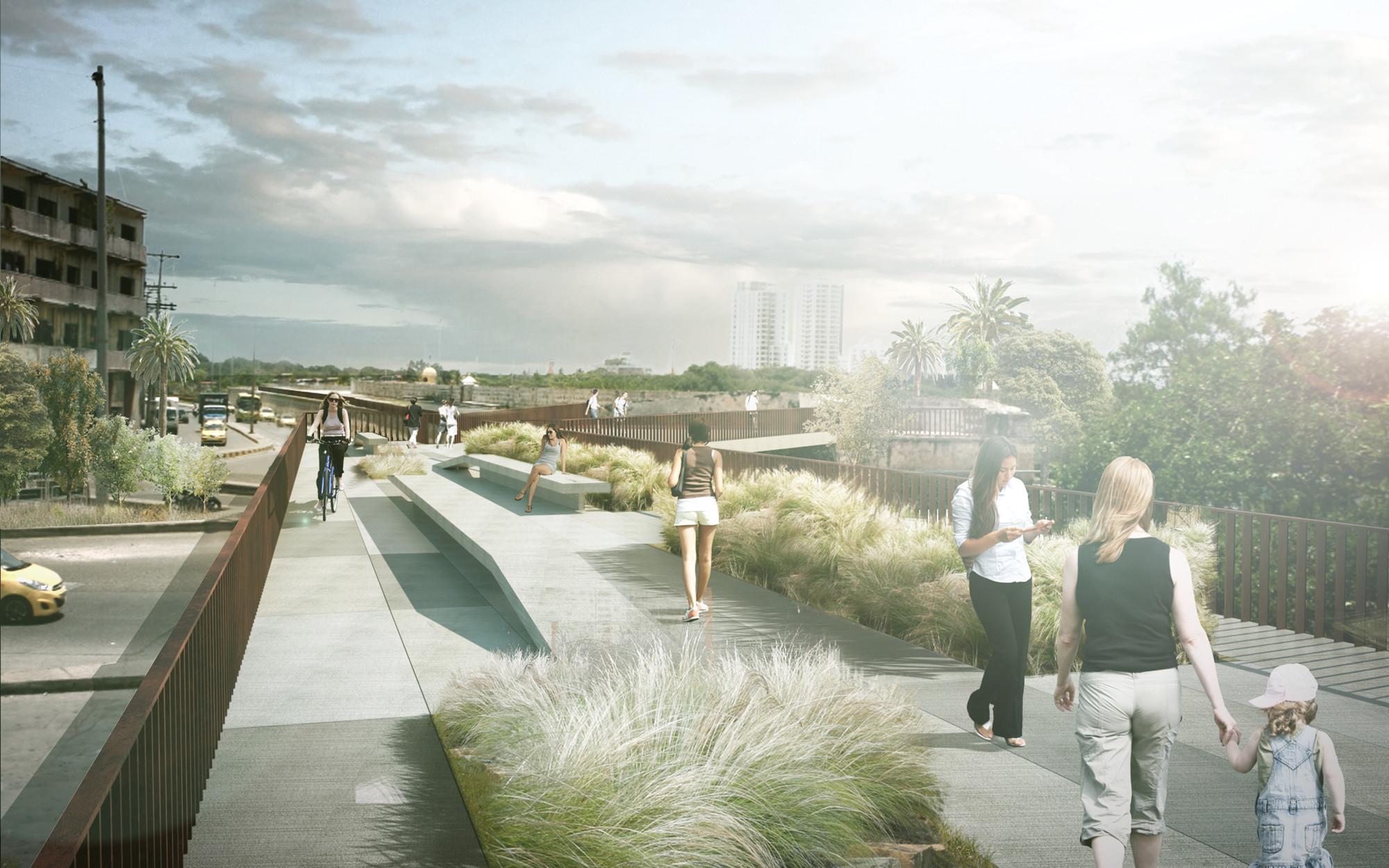 From the architects: The project aims to respect the existing fortress while bringing new experiences, making people part of it and offering a new way of interaction with the city. This is achieved through the creation of new structures and the adaptation of existing spaces towards the new system of spaces, integrating the urban landscape both visually and physically. The traffic management at certain points of the project is adjusted in such way that the priority of movement is given to pedestrians and cyclists throughout the whole intervention.

Having such a large area of intervention, we considered that each of the designed areas has to be different, customized according to historical context, use of space, urban setting. However, to unify the areas together into a singular flowing path-pedestrian link strategy, we used a catalog of elements that are repeated in each of the areas. Those are the materials, railing systems, balustrades, stairs, modular systems. The materials used through-out the project are: corten steel , white concrete  and wood.

Corten steel is in the main structural material used in elements such as walkways, stairs, ramps or handrails. It helps to enforce the contrast between the existing and new, allows visitor to appreciate and understand the original structures. The white concrete, which is used in flooring surfaces and information points, aims to integrate the new intervention with the wall, acting as a mimicry of existing in the wall limestone, but with enhanced structural, lifespan and performance parameters. Finally the wood is mainly used in walkways and some bastion’s floors. The use of this material brings warmth to the fortress creating a user-friendly environment.

“El Reducto” bastion provides one of the most important and large interventions in the project in terms of accessibility and landscape. The existing ramp is replaced with a new Corten steel access, attached to a white concrete structure that works as ramp and viewpoint. Its shape becomes a metaphor that recalls the way in which the cannon rests in the gun emplacement part of the wall. Also, the viewpoint works in its lower part as an information point office while the whole new structure emphasizes the image of the old wall destroyed in 1904.

The view from this point strikes towards the new landscape in this area. All the existing parking facing the waterfront is relocated to three decked two-story car parking, giving the whole area to the new green park with differentiated landscaping environments. Both the guests of the city and the citizens can now enjoy this part of the city, improve the visual connections and pedestrian quality.

As part of landscaping design, the footprint of the old destroyed part of the wall is used as a water canal, guiding people along the historical edge of the city. The landscape pattern in the ground level creates a subtle connection with the urban grid inside the city, and at the same time allows the flow of water from the inside of the city, through the main wall-canal, towards the sea.

The link in between the Santa Teresa and Santa Bárbara bastion located in “La Puerta de la Media Luna” is one of the most difficult and chaotic parts in the project, due to the high traffic volume and our aim to give priority to pedestrians. We propose a platform that connects both of the bastions between each other, creating a very interesting space with visual connections to the Castle of San Felipe de Barajas and the rest of the city. Other parts of the proposed design can be still followed throughout the gallery, but will be amended in the Second Stage of the design according to the Jury's comments 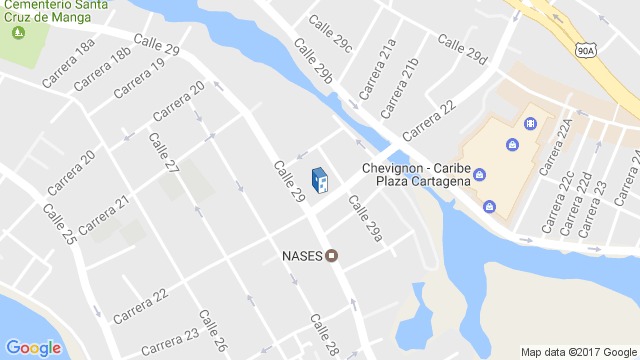