Save
Reinstating the Relevance of Academic Journals: trans magazin
Share
Or
Copy

trans magazin, a semi-annual journal published by the Department of Architecture at the Swiss Federal Institute of Technology ETHZ, seeks to address "issues in architecture and urban development from a variety of perspectives." Managed by an independent student editorial team since 1997, the publication studies and discusses humanities, politics, philosophy and the arts. It is "a platform for interdisciplinary discourse" packaged in a beautifully printed, weighty periodical.

The team's latest edition, trans24, explores 'Norms' in architecture. Featuring essays from a raft of international architects, academics and theorists ranging from Tom Emerson to Joan Ockman, the publication is packed full with expert analysis, studies, drawings and photographs. Specifically examining the "guidelines, regulations and laws [that] determine what is permitted and what is not" the texts argue that, on the contrary, norms "are not just forced onto a society but rather reflect a society’s inherent limits and conventions."

"The term ‘norm’ is derived from norma, the Latin word that originally denoted a carpenter’s square. To norm means ‘to straighten, adjust or bring back into a plumb line’. A norm is defined by what is considered normal. Conversely, normality is defined by norms. trans24 concerns itself with a subject that lies somewhere between pattern and chaos, mass production and mass customization, totalitarian synchronization and everybody’s wish to stand out against the normed mass."

Standout contributions include Martin Dumont and Andrea Alberto Dutto's essay in five parts entitled The Grid, where urban studies of the USA meet fascinating geographical histories. Elena Chestnova's Bridging Art and Science is a rich study into Gottfried Semper supported by a raft of British case studies and the photographs in Géraldine Recker's collection entitled Die Norm und ihre Freiheiten are something to behold. I look enviously upon the essays in German. If - as I am certain they are - as simultaneously fascinating and informative as those that are in English and French, trans24 is without doubt an exceptional academic publication produced by a student editorial team of the highest calibre. 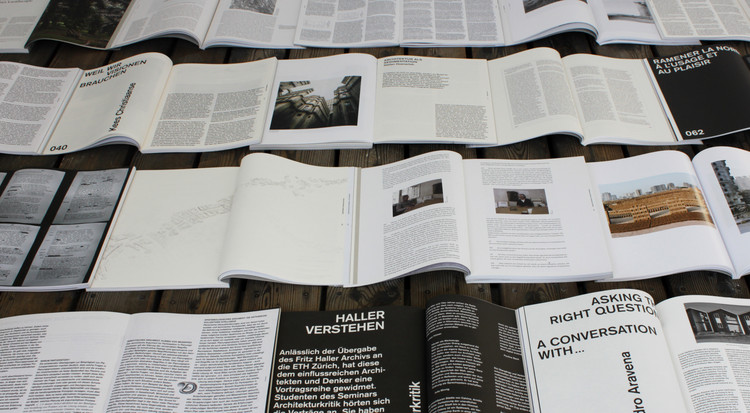 trans24 is edited by Janina Flückiger, Julia Hemmerling, Stéphanie Savio, Matthew Tovstiga and houses a collection of texts in German, English or French. See all of the trans magazin issues here.