We’ve all traveled along an interstate overpass. In most cases they are constructed of bleak concrete, tattooed in graffiti, and built with the sole purpose of getting you across lanes of heavy traffic as quickly as possible. They are a bridge at the bare minimum, but what if they provide something more for the communities they connect?

In a recent ideas competition, AIA Portland called for creative proposals that would best bridge local neighborhoods divided by Interstate 405. The winning entry, “Five Bridges” by chadbourne + doss, posits that the best way to do this is with inhabitable overpasses.

“As the city grows against the highway’s edges, there is an opportunity to continue the city across," described the architects. "Throughout history designers have envisioned the integration of transportation infrastructure and architecture in the form of inhabited bridges. Such bridges allow for a continuation of the fabric of the city and its movement - they act as a stitch.”

More specifically, chadbourne + doss propose converting five the existing overpasses into traversable civic recreation centers. Each bridge would be the structural base for various recreational facilities suspended over the roadway, including a velodrome, skate park, natatorium, running track, and a series of climbing walls.

These additions transform the overpasses into multi-functional, populated pieces of architecture that allow for a physical and visual connection between the divided city sections. Instead of a bleak, graffiti-ridden stretch of concrete, users would be greeted with the transparent underside of a pool, a tunnel under the wooden curvature of a bike track, or the majestic spiral of a suspended jogging path.

Check out this project, as well as other entries for AIA Portland’s STITCH competition here. 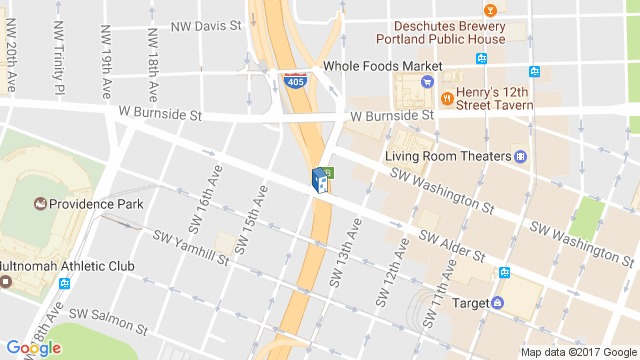