Envisioned as a three-and-a-half-meter wide “wound” within the landscape, Swedish artist Jonas Dahlberg’s powerful monument to those lost in the 2011 Utøya terror attacks has won Oslo’s July 22 Memorial competition.

“My concept for the Memorial Sørbråten proposes a wound or a cut within nature itself. It reproduces the physical experience of taking away, reflecting the abrupt and permanent loss of those who died,” described Dahlberg.

The excavation will slice through the top of the headland at the Sørbråten site, to below the water line and extends to each side. Unable to reach the end of Utøya’s headland, visitors will be led through a forested pathway, a “contemplative journey” that will ultimately lead them underground to a “dramatic edge of the cut itself.” Here, the void will reveal an untouchable stone wall that frames inscriptions of each victim’s name.

The 1000 cubic meters of stone excavated, as well as all trees and plant life affected, will be used to build a foundation for a temporary memorial at the Government Quarter in Oslo, and will also subsequently serve as the foundation for the permanent memorial.

Upon announcing their selection, the jury stated: “The proposal is radical and brave, and evokes the tragic events in a physical and direct manner.” 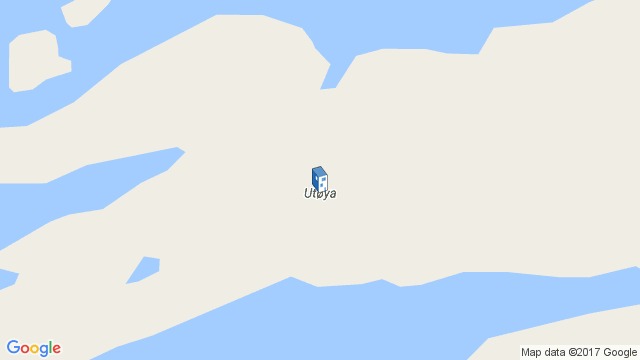