TOTEMENT | PAPER's competition proposal to design an international multipurpose cultural and leisure exhibition complex, close to Moscow's Kremlin, centers around resolving the aesthetic disconnection, or "visual conflict", between the image of a modern European city - defined by the Ismailovo hotel complex - and the historic context of the site. Their designs (two variations of each other of which one has won the competition) do not blend into the existing cultural monuments but rather offer a modern antidote to the issues of scale, perception and "grandiose historical stylization" that currently exists.

According to the designers, "the new building should change the perception of the Kremlin's scale against the mass of the newly built." It's "silhouette should be read there and create the back burner." Their proposal provides a degree of continuity with regard to the character and decor, supporting the Kremlin as a "traditional and cultural object-matter." This connection is most obvious in their masterplan for the area, inspired by the Russian trade fair "when the city walls were facing bright exhibition pavilions and white canvases which were used as all-weather shelters."

Their design solution hinges around a sense of transparency on the first floor which incorporates a space which is both inside and outside acting as an area for public promenade. "The cubic content of the first level is finished with glass (with a possibility of night illumination)" with application of various types of traditional Russian decors. The exhibition spaces, which do not require natural light, are a "closed elementary skeleton structure, with an oversailing facade [comprising of] polymer and fabric covering." Large films or moving advertisement can then be attached to this.

"The cultural level which is more close to the visitor and which is located against the park landscape is connecting the existing complex of the Kremlin and is forming the basis for a more modern nonlinear form, composing all together a uniform architectural ensemble." 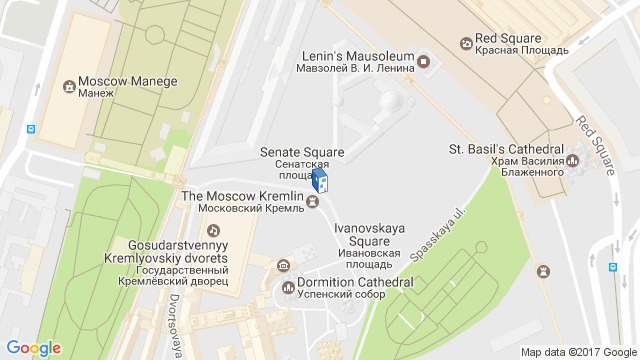