Xenoculture is a term coined by Iranian writer and philosopher Reza Negarestani that describes the need for embracing and exploring the unexpected, the alien. In this issue we borrow the idea and explore the realm of Architecture Xenoculture -- the work of architects and designers who detach from everything that architecture is supposed to be and look like, including preconceived forms and aesthetics, to look into new architectural and design possibilities. An architectural form that emerges from mathematical processes and new material explorations and proposes something never before seen -- an aesthetic yet to be determined.

Some of the work showcased has been produced by leading architecture practitioners and academics worldwide including: Hernan Diaz Alonso, Servo, Francois Roche, Marc Fornes, Kokkugia, Zaha Hadid, Volkan Alkanoglu, and Rafael Lozano among others.

Architecture Xenoculture is the problematization of work produced by embracing the proliferation of this mist of fear. It argues for the harnessing of this aesthetic of fear towards a yet-to-be determined end – intensifying its practice towards new thresholds, those that unleash the potential of the alien in the world beyond the limited imaginary we have become anesthetized to, conjuring insecure material and behavioral manifestations of the xeno-gene and its ability to adapt, mutate, survive and fight. 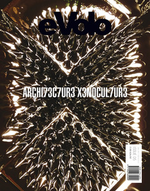