The U.S.G.S. recently reported that an earthquake struck the Washington, D.C. area with a preliminary magnitude of 5.8 (later updated to 5.9). Initial reports of damage are minor however the National Cathedral’s central tower sustained some damage. “It looks like three of the pinnacles have broken off the central tower,” spokesman Richard Weinberg said of the tower, the highest point in Washington, D.C.

Update: The Cathedral has sustained some substantial damage due to the earthquake, and experts are currently assessing the structural and aesthetic damage. For a video of the Cathedral damage, or to help join the efforts of preserving the Cathedral click here.

Update: You can also see the effects of the earthquake on a building in Virginia here.

Although earthquakes are not something a typical New Yorker would have cross their mind in comparison to other parts of the world such as Japan (8.9 magnitude in 2011) and Chile (8.8 magnitude in 2010), the overal size and density of NYC puts it at a high risk for extensive damage.

More photographs of the Washington National Cathedral and discussion regarding seismic considerations following the break. 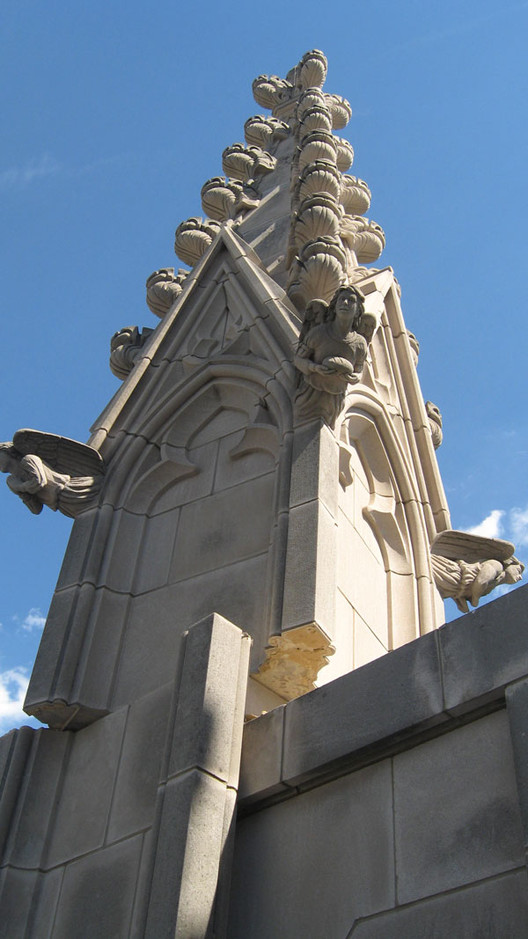 “The issue with earthquakes in this region is that they tend to be shallow and close to the surface,” explains Leonardo Seeber, a coauthor of a 2008 report by leading seismologists associated with Columbia University regarding earthquakes in NYC area. “That means objects at the surface are closer to the source. And that means even small earthquakes can be damaging.”

The area has seen an increase in discussions about earthquakes that have included the adoption of new codes for the city, along with retrofitting buildings such as the Port Authority, and debates about nearby Indian Point nuclear power plan 30-miles north of the Bronx.

Seismic construction considerations are a must in countries such as Japan and Chile. An ongoing challenge, Japan is continually designing for and sensitive to its earthquake prone location, which is reflected in their earthquake engineering and architecture research can be viewed here. A video was taken from the inside of the Sendai Mediatheque, sharing a first hand experience of Japan’s 8.9 earthquake. The interior was heavily damaged, however the structure appears to hold up quite well. Chile’s 8.8 magnitude earthquake in 2010 provided a look simultaneously at their impressive seismic design code, recognized as one of the best in the world, and some devastatingly bad construction resulting in the collapse of a 15-story residential building.