Save
Facade Panels in University of Tarapacá | STACBOND 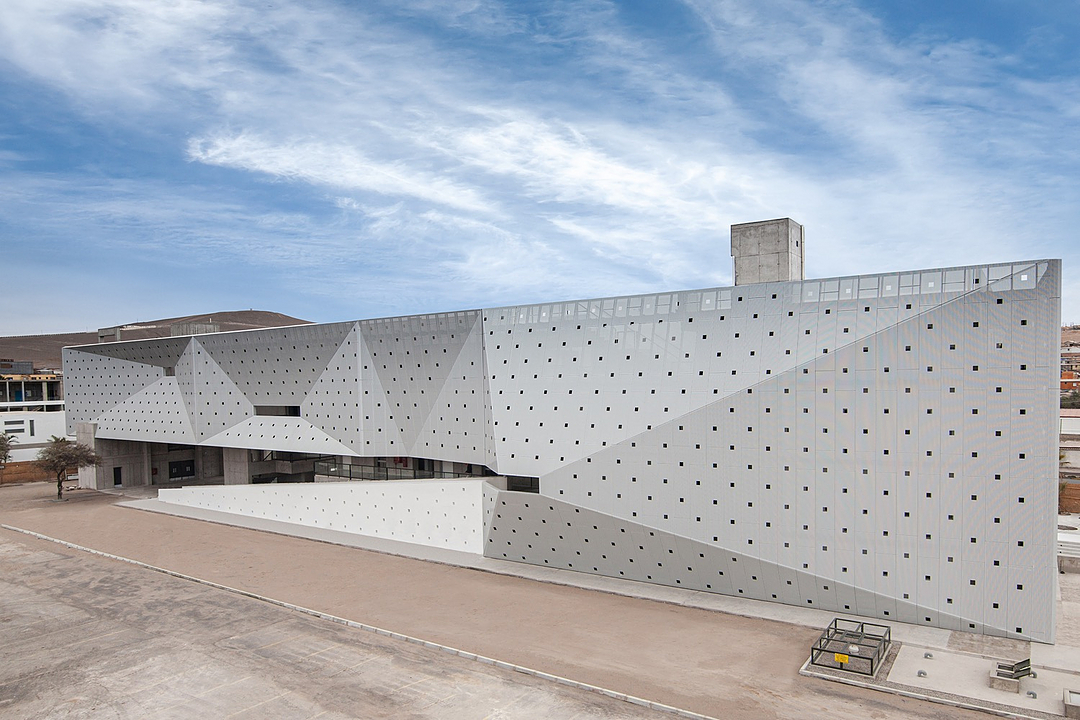 The new Medicine School in University of Tarapacá (UTA) is located in Chile in the city of Arica. The architectural concept of the project is articulated by the installation of a bioclimatic membrane facade which regulates the interior temperature. Behind the facade the design consists on a concrete building with 5 floors a basement and 4 upper floors. The architectural design of the membrane was made up of eleven truncated pyramids whose larger bases faced towards the outside of the building, while the smaller ones connected to the concrete structure.

The design of the primary supporting structure consisted of horizontal metal beams that form a ring on each floor level of the building plus vertical metal rib profiles. The secondary structure is composed of vertical aluminum omega profiles mounted on the ribs following the orientation of the facade. The outer facade is made up of composite aluminum plates, these panels from STACBOND are made from a thermoplastic resin and an aluminum sheet on either side. Thanks to the panel composition, the building gains temperature efficiency, and the effect of earthquakes and wind is reduced without deforming the structure.

The structure is supported by the upper frame through fixed connections to the beams that form the perimeter ring at the roof level of the building. The connections between the ribs to the beams are sliding, which minimizes seismic movements, expansions and wind effects.