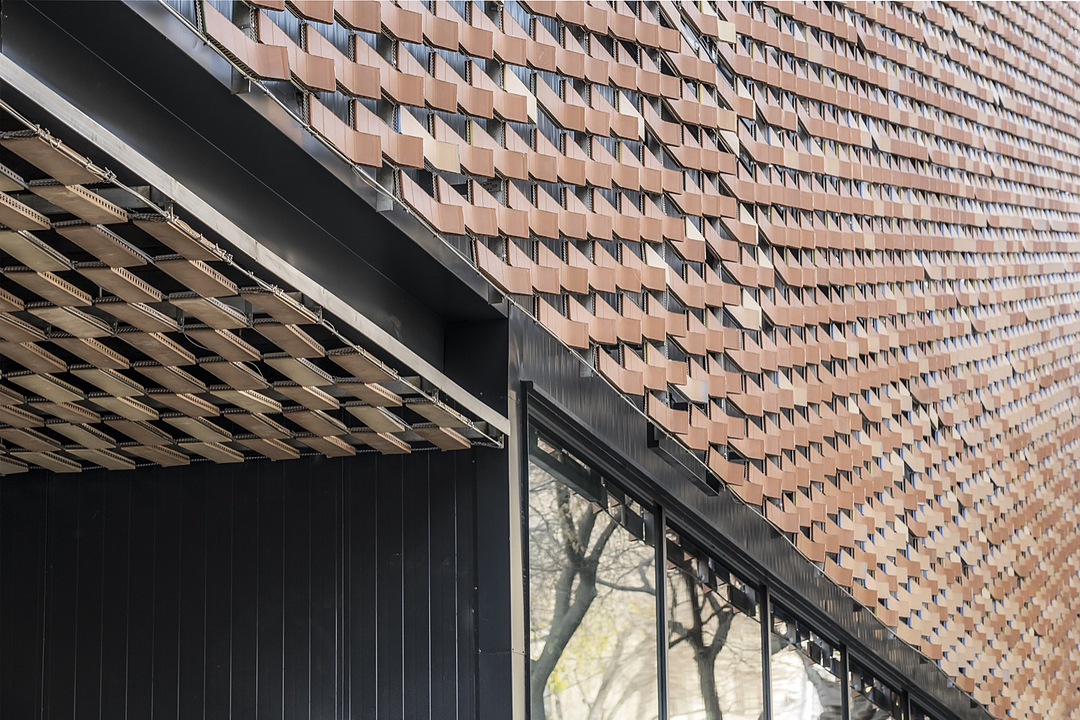 The Ceramic Textile System from Flexbrick functions as a flexible construction system that is easily adapted to cover all kinds of architectural surfaces. The surprising architectural project of the Sant Pau Research Institute embodies a new blend of modernist architecture, sustainability and uniqueness. Its Flexbrick facade is comprised of 45,000 ceramic pieces that have special geometric designs intended to regulate the amount of solar radiation received according to the direction that each facade faces. 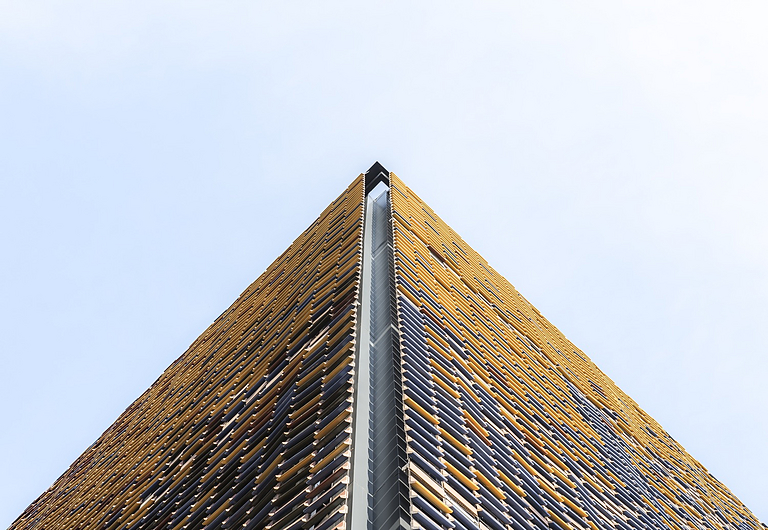 The project has been awarded the LEED Gold environmental certification. Architect Felipe Pich-Aguilera was looking for a latticework that offered more depth than what a standard tile typically offers. He wanted a considerable thickness that could protect the glass facades from the sunlight. Instead of increasing the caliber of the pieces, which would have resulted in excessive weight, he opted to give them a geometrical fold.

From the exterior the matte tones of the terracotta are mixed with the brilliant colours of the glazed interior designs, resulting in a chromatic integration with the pavilions of the historical Sant Pau complex, changing throughout the day thanks to the glazed ceramic pieces, creating an impressive mosaic of light.

How to Customize the Flexbrick System