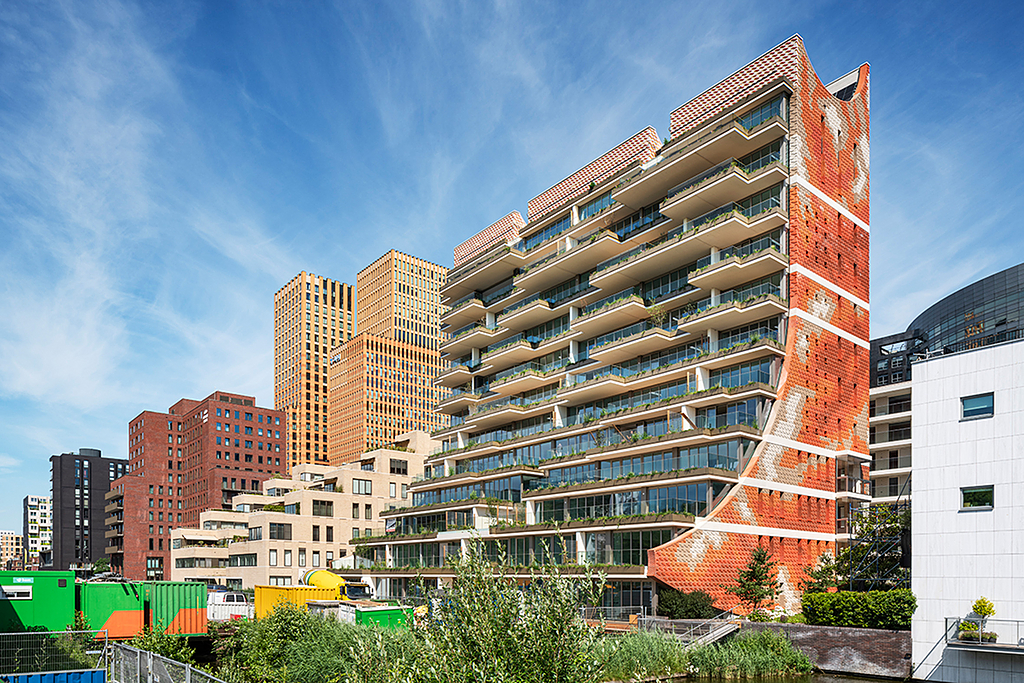 A new residential complex has been erected in Zuidas, Amsterdam. The design, by Dok architecten has a contemporary sustainability concept and a unique character. The complex contains 47, high quality apartments. 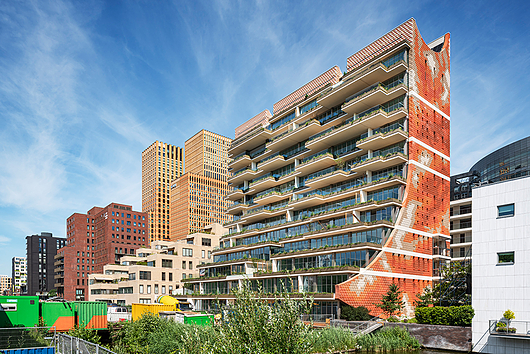 Zuidas which considered Amsterdam's financial district and international business district, is also rapidly gaining importance as a centre for research and education. Also located in this district are other important structures, such as The World Trade Center Amsterdam and the RAI Amsterdam Convention Centre. The historic city centre as well as Amsterdam's Schiphol Airport are only a few minutes away by metro from Zuid station. With Zuidasdok, the most important infrastructure project in the Netherlands at the moment, more physical connections to the district will be made.

The Zuidasdok project also promotes the coalescence of a working, shopping and residential district. Zuidas has long since become a popular residential area, and not just because of its attractive, environmentally conscious location.

The new apartment complex, named the George. Completed in 2020, is characterized by its forward-looking concept for improved quality of life and sustainability.

With the push for sustainability in fast-growing cities, the design of the George aimed to meet the demands for energy-effiecient and resource-savng buildings.

The roof, built in the form of a tube that is bisected along its longitudinal axis, is completely lined with solar panels. This acts both as a way for rainwater to be collected, but also for the creation of solar energy. The rainwater is used to irrigate the balcony greenery, the solar energy is used for the lighting in public areas of the complex. The ventilation system with heat recovery minimises the building's primary energy consumption.

The aspects of health and quality of life are at the core of architect Liesbeth van der Pol's design. Her concept is expressed particularly effectively in the design of the southern facade, which faces a canal. the individual rows on this facade taper upwards. In this way, the architect created recesses that allow for balconies and terraces. Here, The George literally opens up completely. In all 47 apartments, the extensive glazing can be opened across the entire width of the terraces and balconies. 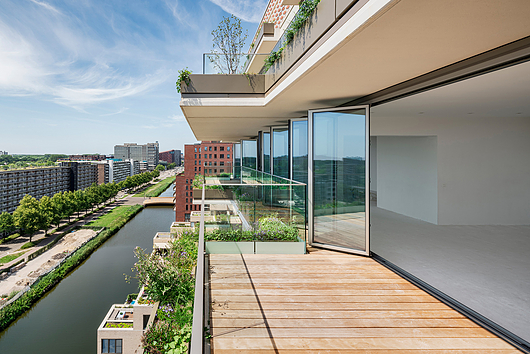 The George brings greenery into the business environment

The building's open-air spaces have been landscaped so that each apartment will benefit from vertical gardening and the resulting improved air quality. A computer-controlled system regulates the irrigation of the more than 500 linear metres of greenery via pipes integrated into the planters.

The folding glass walls in all the apartments fulfil the desire for more space, brightness and transparency. The movable building openings were designed as large as possible, to allow for interior and exterior spaces to flow seemlessly. In this way, the space is experienced in a new way and the surroundings are included. The architect chose the Highline system from Solarlux. The choice of this system which has won numerous awards for its design and patented technology, was due to its ability to be integrated in different ways to suit the various floor plans of the apartments.

What all folding glass walls have in common is the ability to open across the entire width of the balcony or terrace. Even when closed, the system enables maximum transparency thanks to a 99 mm sight line in the panel joint. In this way, the floor-to-ceiling glazing opens up entire room walls, letting in plenty of daylight and allowing generous views over the city. All terraces are accessible via the thermally insulated Highline by Solarlux The tested and certified system meets the special technical requirements in view of the exposed location of the eleven-storey building: best values prove to be the high air tightness, driving rain tightness and resistance to wind loads. The security of the large-area systems is guaranteed by the burglary protection certified to class RC2.

A triple functional insulating glass with an Ug value of 0.6W/m²K was used. Together with the possibility of uncomplicated natural ventilation, the glass facade thus also supports the energy concept of The George.

The Theater Factory: The New Le Maillon in Strasbourg