Save
Display Cases in the New York Met | Goppion 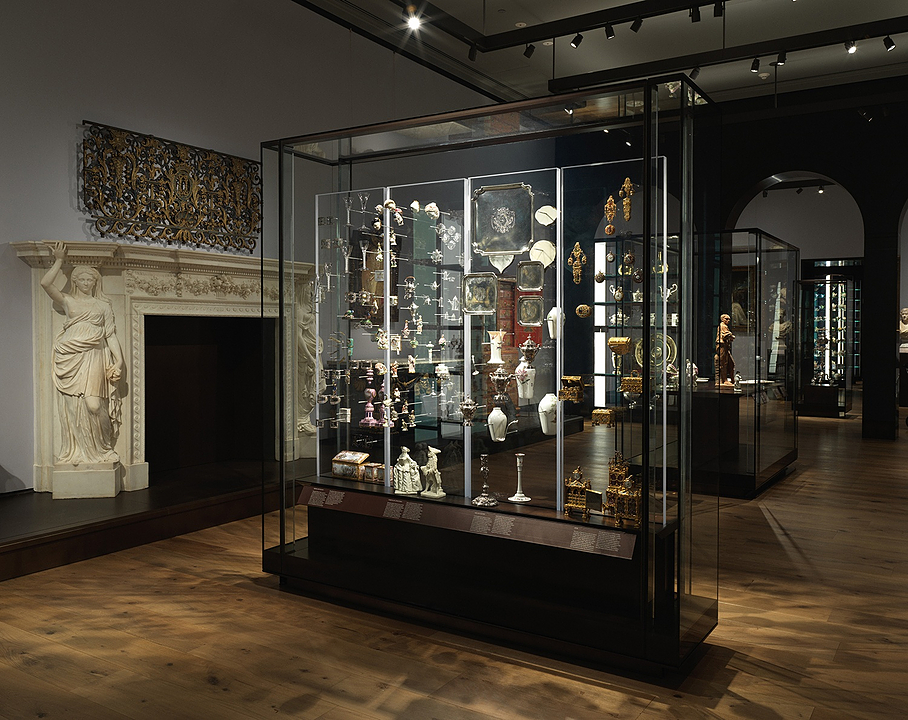 On the 150th anniversary of the Met of New York, its British Galleries were reopened after a complete refurbishment; The world-famous museum entrusted Goppion with engineering, design, and installation of display cases for the new galleries.

The British galleries span over 1,000 square meters and display 700 works in 10 galleries devoted to decorative arts, design, and sculpture created in Britain between 1500 and 1900. The curatorial team for the renovation was led by Sarah Lawrence and Wolf Burchard, of the Met, along with Roman and Williams, New York interior designers, joined by Goppion, which designed and implemented various conservation and display systems for the project.

The collection is characterized by substantial commercial impetus that reshaped British design while global trade and the expansion of the British Empire brought innovation, industrial development and, at the same time, exploitation. The works are representative of an epoch of exceptional creativity, through a period of harsh colonialism. For the installations, Goppion engineered and installed the modern, minimalist design that sets off the rich, elaborate Victorian style in a unique way.

The installations evoke the materials and finishes of the time and feature rich, layered colors such as the powder and liquid paints called Cerchi Chiari and Cerchi Scuri that were specially created by Goppion for this project. The finishes recall the bronze and brass typical of Victorian Britain. The Goppion display cases house a vast array of furniture, ceramics, silverware, tapestries and other textiles. The company was also involved in the creation of treated brass plinths, key elements in the aesthetic and educational rendering of the museum narrative.

Visitors to the first gallery are greeted by a terracotta bust, probably depicting Cardinal John Fisher, sculpted by Florentine Pietro Torrigiano. There is a quirky gallery devoted to “Tea, Trade, and Empire”, made up of 100 teapots presided over by a small but powerful figure of a 1719 merchant, sculpted in China by the Cantonese artist Amoy Chinqua. The final section explores the enormous changes of scale, rhythm, and taste wrought by the Industrial Revolution over the nineteenth century. Other works represent movements against industrialization, revolts against labor abuse and the demise of pure craft. 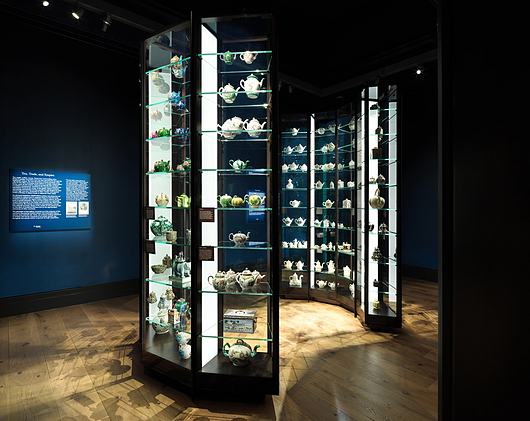 The aesthetic and didactic challenges of the historical works were not the only ones faced by Goppion: A very important aspect of the display case design was the preventative conservation standards imposed by The Met Department of Scientific Research (DSR) which are among the most stringent in the world. Goppion met the criteria, ensuring that every display case best protected the artifacts from hazardous atmospheric and chemical factors such as VOCs, volatile organic compounds that emanate from the objects themselves. The limited space available in the galleries necessitated a painstaking analysis of the humidity inside individual glass cases, further helping to perfectly preserve the integrity of the works.