Text description provided by the architects. In 1953 Le Corbusier wrote a letter to the Chilean Architects, and was sent through Emilio Duhart, a very important Chilean Architect that was drawing for him the buildings that he was doing in that moment in India. In this letter he emphasize the need on taking care of people while developing a design process. He said that “in that moment academic ideas where left behind, and the smallest measurements, the shorter distances or the smallest built spaces, become precious as a glass of water in the desert”.

Since I was in the School of Architecture, I faced  little projects, like cabins, vacation homes, etc. But they they were not just small in terms of area, they had also a small budget. So my first professional challenges where to manage doing good design with a few money. The big problem afterwards was that I kept on receiving this kind of assignments, because in some way or the other, I had specialized on doing ‘low cost design’.

So I started developing different strategies for reaching this goal of good design. I went on survey for prefabricated architecture, thinking of the technical possibilities of building with more control, faster, and cheaper. And I had some interesting experiences as my SIP Panel House in Santo Domingo, Chile. But prefabrication techniques require some industrial processes, related to commercial markets, that have a limit if you want to go down on the building cost. So then I tried working on ‘low tech’ design. In a country like Chile, you usually find precarious contexts were buildings rise. So is easy then to get in touch with local precarious techniques and workforce. And this precariousness is very well related to design in terms of the capacity of solving architecture problems with less time, local materials and little technological knowledge. This was the strategy that I used in my ‘Hostal Ritoque” in Quintero, Chile.

This Polycarbonate Cabin is a small house for rent, just beside another bigger house for holydays in the coast of Guanaqueros village. The owner lives on renting this two houses for people that are left outside the main beach resorts of the country. It’s a small scale personal enterprise to offer a place to stay and enjoy the beach, so in the beginning there was a very tight budget to build, just U$365 / sqm. So in this case I tried again working with low tech design, working with just one carpenter, with the techniques he knew, assimilating all this conditions in the beginning of the design process.

But there was another problem. The site had already a built house, and even a pre-existing room beside of 9 sqm. So there was a tight area also to build this second holiday house, and that meant lack of sunlight. That’s why I used two design operations aiming to solve this problem. The first was mismatching the walls of both rooms to create a light patio within the pre-existing room. And the second operation was to build with polycarbonate, the large wall that separate both house were it develops an 90 cm wide corridor. With this two operations we could give the house a very tight relation with the site, and a lot of sunlight for this Cabin.

This polycarbonate cabin is named like that because it has a long polycarbonate wall on the setting sun side. This white wall can reflect light and be translucent. As was told before, this little cabin is located in a site that has already a house. Being so close to each other, this polycarbonate wall gives light both the inside of the cabin, and the walkway between the houses. The structural system is done with standard boards of raw pine wood. All the house was built just by one craftsmen within 2 months. 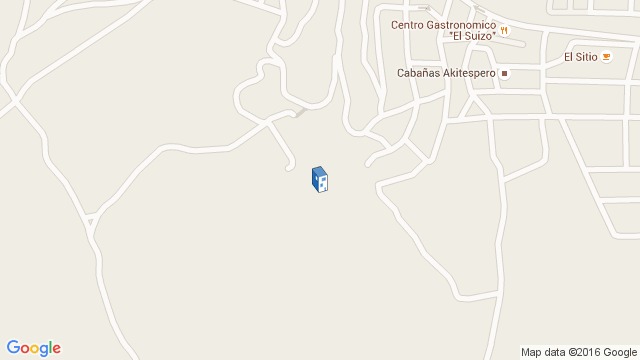 Location to be used only as a reference. It could indicate city/country but not exact address.
Share
Or
Copy
About this office
Alejandro Soffia
Office
•••