2024 Olympics: The Latest Architecture and News

Ateliers Jean Nouvel's new mixed-use development in the Greater Paris area defines a complex vertical neighbourhood that caters to the latest changes in living, working and leisure. Located in the Gennevilliers Neighbourhood, on the banks of the river Seine, Jeuneville aims to create a sustainable and inspiring living environment, a place of synergy designed for a new generation of city dwellers and a new economy. 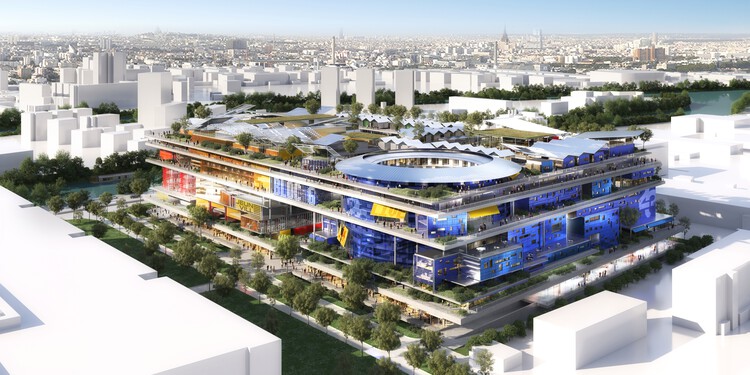 Dutch architectural office VenhoevenCS with its French partner Ateliers 2/3/4/ have won the competition to design the Aquatics Centre for the Olympics Games of 2024 in Paris. The innovative sports center, connected by a new pedestrian bridge to the existing “Stade de France”, will host competitions for water polo, diving, and synchronized swimming. It will also be transformed into a Boccia stadium during the Paralympics. Designed for multifunctional use, the only building to be built for the Games, will remain for the people in Saint-Denis, after the event. 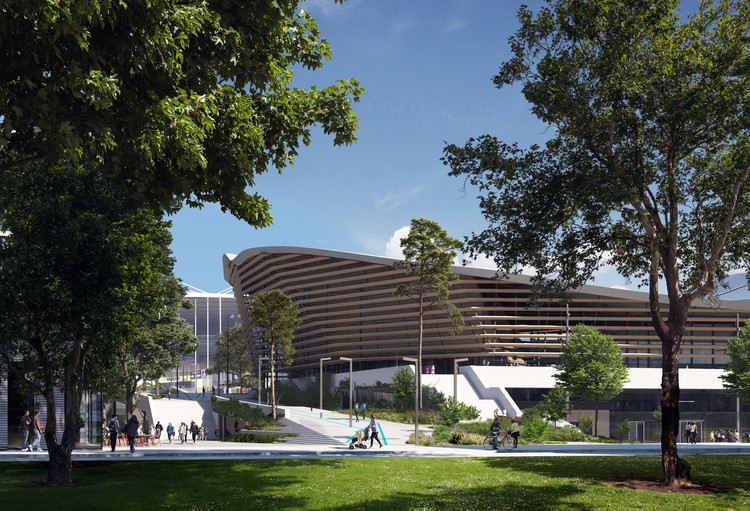 Paris architecture firm Jakob + MacFarlane has designed a retractable wood and glass exhibition hall for the Saint-Denis area of Paris. As a winning project in the C40 international "Reinventing Cities" competition, the project was made to reflect the historical industrial heritage of the surrounding context. Dubbed Odyssee Pleyel, the hall aims to showcase thought-leadership in carbon-neutral development and the global clean energy transition. 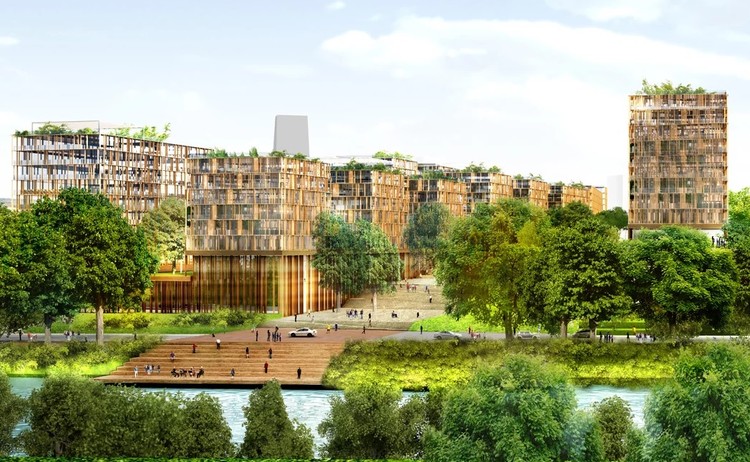 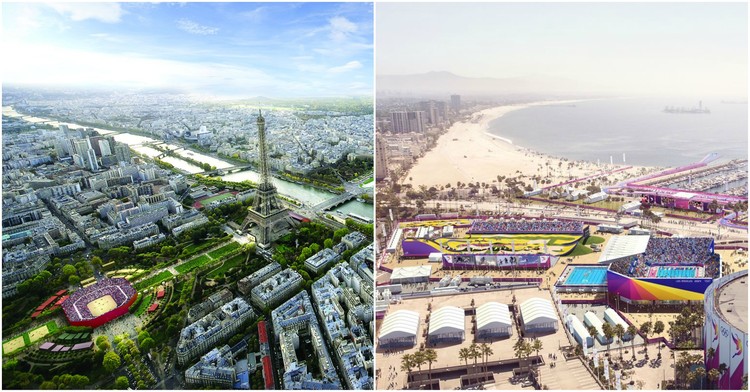 Los Angeles May Represent US in 2024 Olympic Bid

Concerns regarding the cost of hosting the Olympics has led to the termination of Boston's 2024 Olympic bid. According to the New York Times, the United States Olympic Committee has withdrawn Boston as its proposed bid city due to low resident support, as taxpayers were concerned about having to foot the bill for cost overruns.

Boston to Represent US in 2024 Olympic Bid

The US Olympic Committee (USOC) has unanimously selected Boston as its applicant city for the 2024 Olympic and Paralympic Games. The culmination of a 22-month evaluation process, Boston was selected over Los Angeles, Washington and San Francisco.

“This bid uniquely combines an exciting, athlete-focused concept for hosting the Olympic and Paralympic Games with Boston’s existing long-term vision,” says USOC CEO Scott Blackmun. “We look forward to working with Mayor Walsh and the Boston 2024 team to fully engage with the local community and identify ways we can make the bid even better.”