How Architecture Responded to Climate Change in 2019

Throughout the last 12 months, the architectural community has responded in various ways to the Climate Emergency. From innovative proposals that tackle the sustainable design of healthy cities, to collective political action and lobbying, 2019 saw a continued mobilization of ideas, opinions, and actions on how architecture can be used as a tool to help the planet.

Why Do We Travel?

Paul Andreu: "I Would Only Take On a Project if the Ideas Were Mine. Otherwise, I Am Not Interested."

For 40 years, Paul Andreu was among the world's foremost airport design experts. Reflecting on this before the turn of the millennium, he stated that architectural historians of the future might consider the 1990s as “the age of the air terminal.” But shortly after this, he left the arena of airport design to focus on other large projects, many of them in China. In this interview, the latest of Vladimir Belogolovsky's “City of Ideas” series, Andreu explains why he made the switch and shares his thoughts on how good architecture is made—saying it often depends more on what you don't tell your client than what you do.

Paul Andreu: Before we start, I must explain something. I am an architect and engineer. For a long time I was not an independent architect but worked at and then was the head of airport works at Aéroports de Paris Ingénierie or ADPi, a subsidiary of Aéroports de Paris (ADP). This public establishment is not only in charge of the planning, design, and operation of three Paris-region airports, but is also involved in airport works all around the world, as well as other large-scale architectural projects. First, we did airports in France, then in the Middle East and Africa, then in China and all over Asia, and then we developed projects in other parts of the world. Most of the time we developed our projects from concept all the way through construction; although once we did just the concept for Kansai airport on a specially built island in the Bay of Osaka. As you know, it was designed by Renzo Piano and I consulted for him on function and circulation aspects. 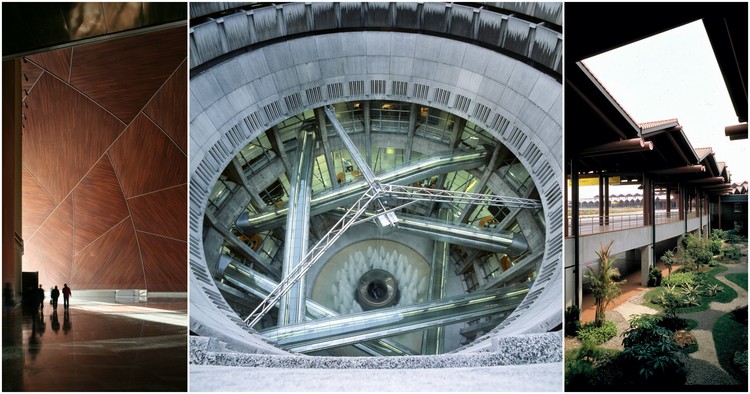 AD Round Up: Awesome Airports

If there is a universal truth, it is that nobody likes spending time in an airport. This article from the Financial Times corroborates this fact, pointing out that, no matter how well-designed a terminal is, people make every effort to leave it as soon as possible. While the novelty of air travel has worn off since its inception in the 20th century, the work devoted to designing airports has only increased. We’ve collected some of our favorite terminals we'd actually love to get stuck in, including works by Eero Sarinen, SOM, Fentress, J. Mayer H., KCAP, Paul Andreu, bblur architecture and 3DReid, Corgan Associates, De Bever, and Studio Fuksas. Enjoy!