How to Design Dynamically and Create Vivid Visualizations with Enscape 3.2

Enscape is a real-time visualization and virtual reality tool favored by architects, designers, and other AEC professionals. 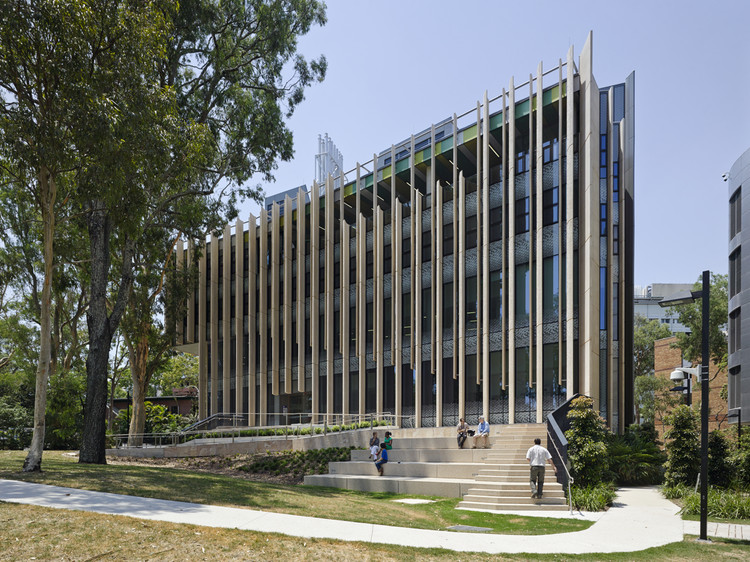 After receiving close to 150 holiday card submissions – including a "Bjarke, the Herald Ingels" singing, and several angry Gehry-Clauses – we’ve selected three winners! Take a look at the winning submissions as well as some of our favorite cards after the break, and get ready to celebrate the holidays the architect’s way.

ArchDaily's 2014 Holiday Card Contest has been generously sponsored by Mosa.

The Architectural Review has selected the winners of the 2014 AR Emerging Architecture Awards. Now in their 16th year, they are one of the most prestigious awards for young architects and emerging practices. Past winners have included Sou Fujimoto, Thomas Heatherwick, Sean Godsell, Jurgen Mayer H. and Li Xiaodong.

Read on after the break for this year’s Emerging Architecture Award winners. 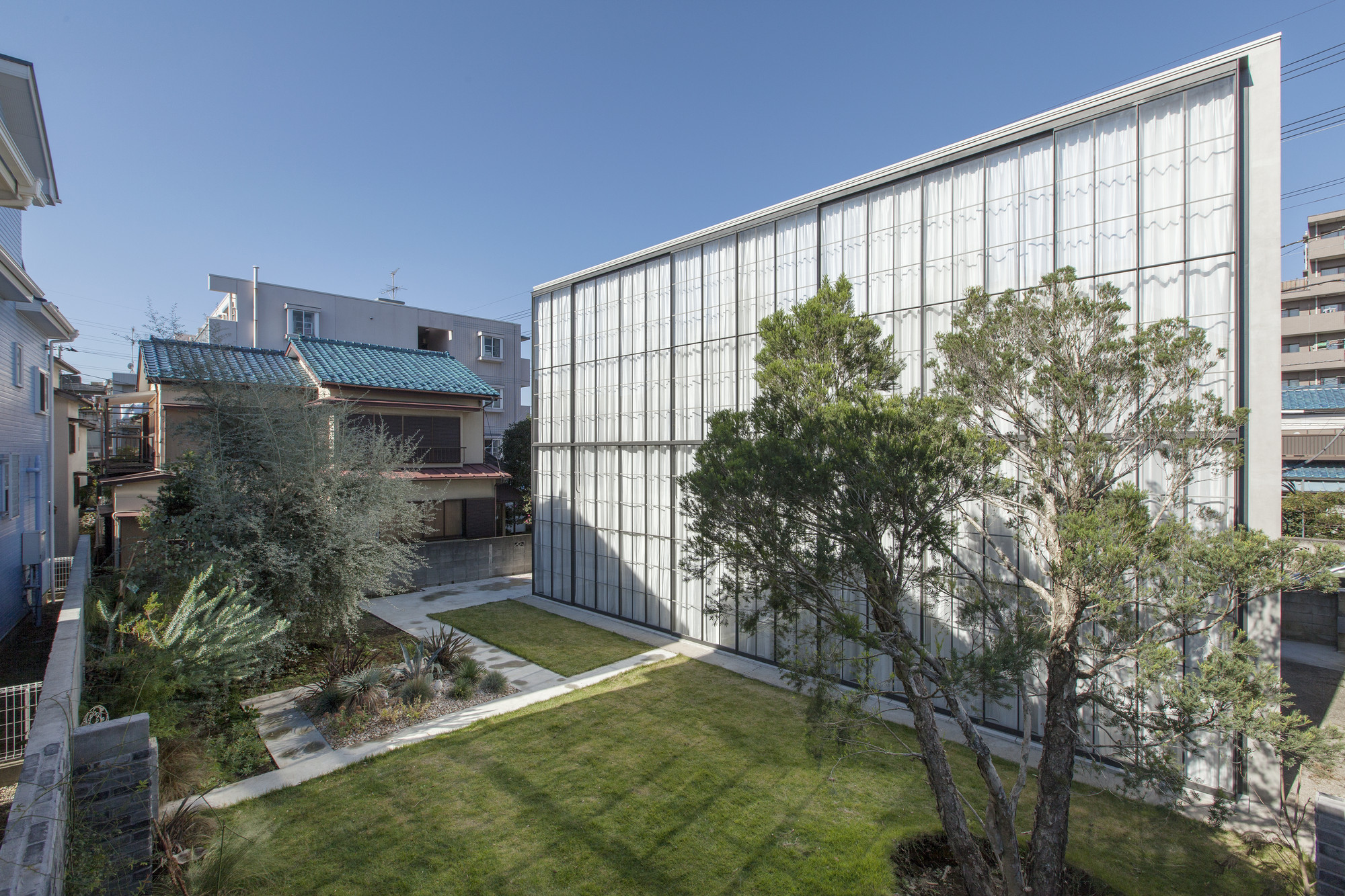 Valode & Pistre is set to break ground on Africa’s tallest tower next June. More than doubling the height of Johannesburg’s 223-meter Carlton Center, which has been the continent’s tallest building since 1973, the Al Noor Tower (Tower of Light) will most likely rise 540-meters on a 25-hectare site in the Moroccan city of Casablanca.

It’s program will center around business, providing accommodations with a 200-suite luxury hotel, a trading platform, conference hall and large art gallery, as well as an astonishing 100-meter-tall atrium that hollows the tower’s base. 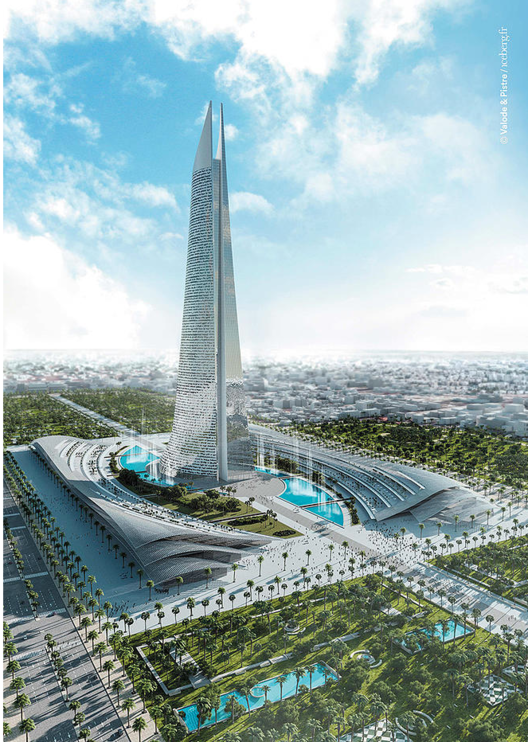 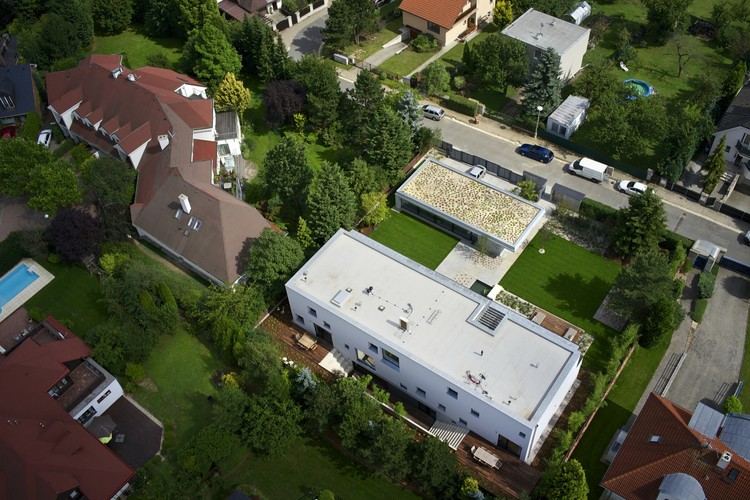 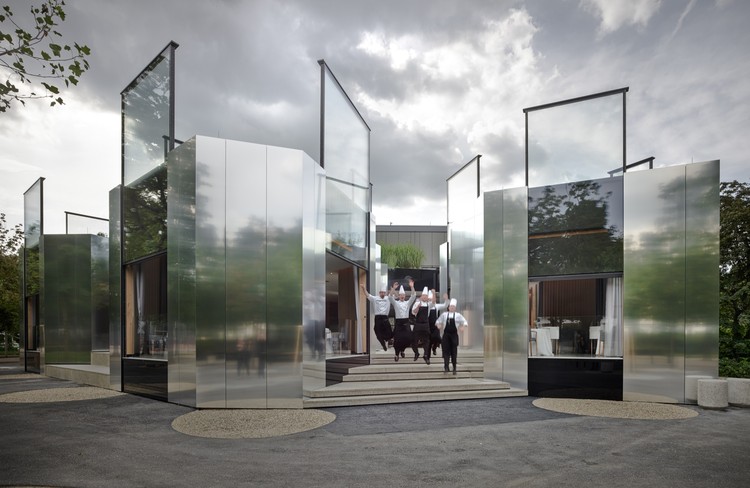 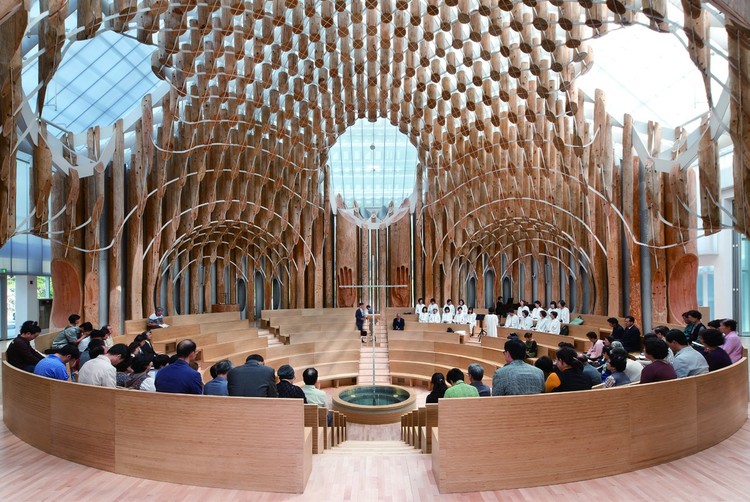 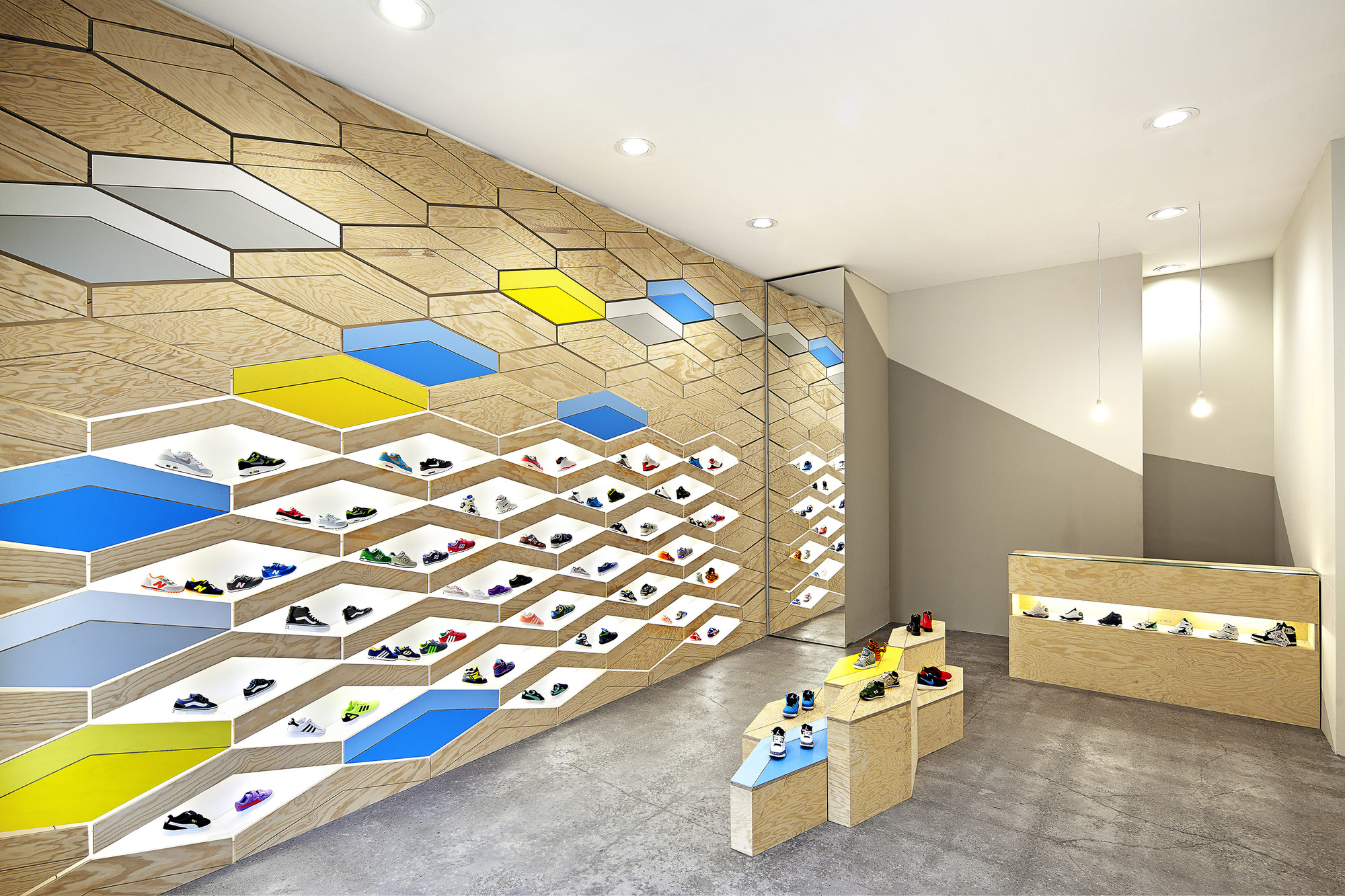 JA96 takes a retrospective look at the architecture of 2014. 83 projects were chosen to present the best of Japanese architecture, including works by Kazuyo Sejima, Kengo Kuma, Toyo Ito, Tadao Ando and Shigeru Ban.

The issue also features a roundtable conversation between Tomohiko Yamanashi, Satoru Ito and Akihito Aoi about the current architectural design and decision-making.

A “magical” logistics center fit for the season’s most hardworking man has been awarded first prize for it’s innovation and feasibility in the “Unbelievable Challenge” architectural ideas competition. Submitted by Alexandru Oprita and Laurentiu Constantin of Romania, “Nothing is impossible” was selected from 243 entries spanning 59 countries and five other deserving projects that have been highlighted as runner-ups.

A closer look at Santa Claus’ proposed logistics center, after the break. 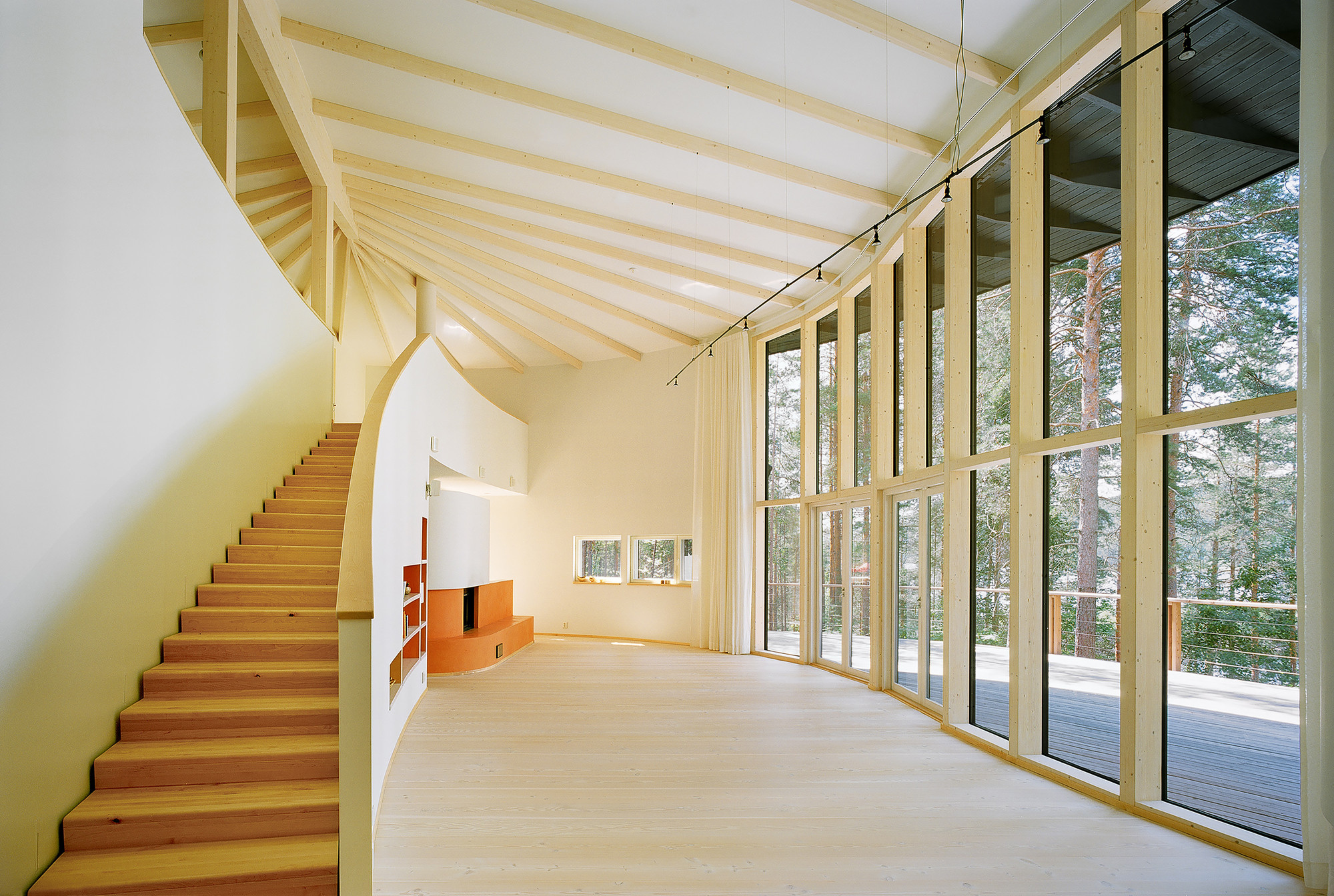 Colorful lights dance across translucent panels, illuminating the backdrop of Toronto’s glowing downtown high-rises. In their three-dimensional interactive installation entitled AMAZE, design and research laboratory UNSTABLE has created a multisensory experience like no other. Complex branching passageways challenge visitors to find their own path through the ever-changing structure, as if wandering through a vivid psychedelic dream. Becoming an integral part of the installation, visitors are met with dynamic shadows of the crowd and the urban landscape beyond before finding their way out of the maze. 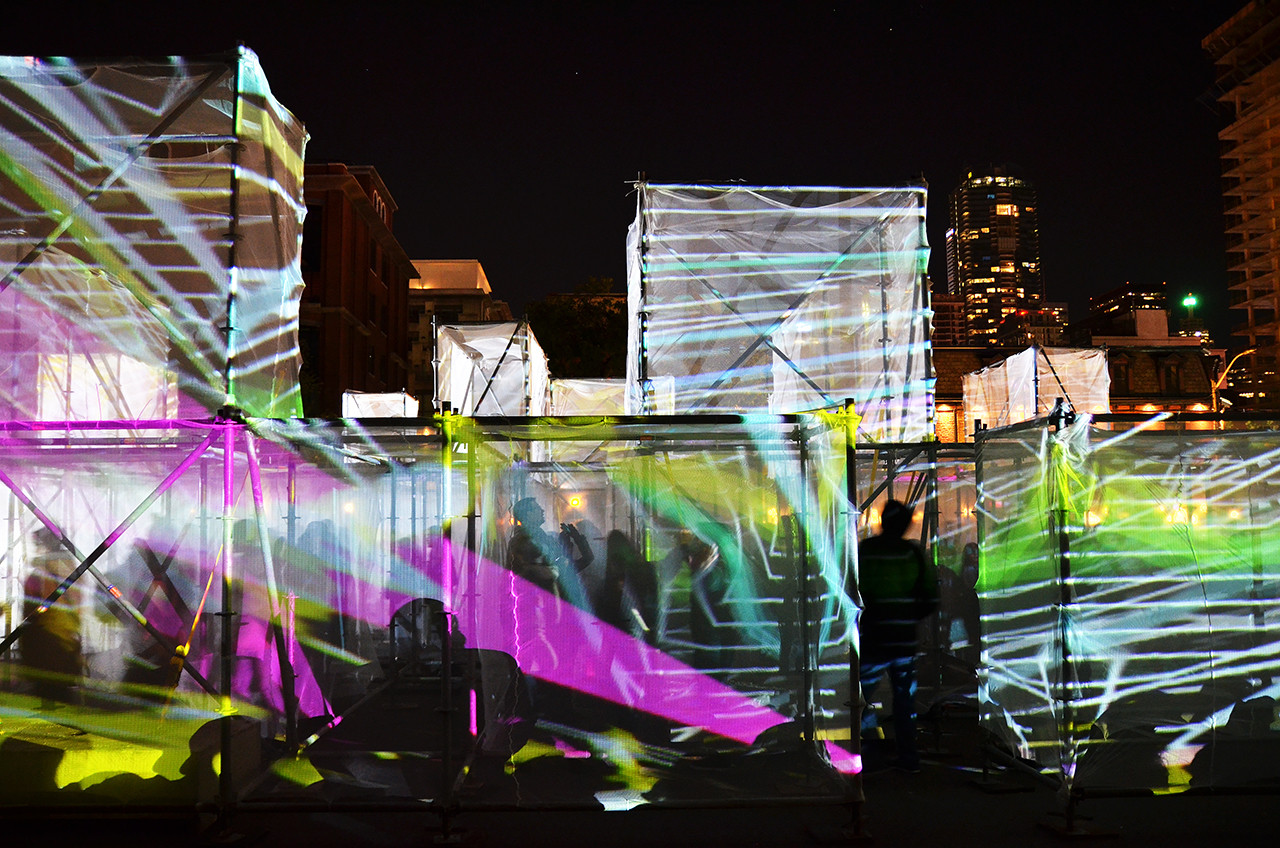 The Growth Of "Hipster Stalinism" In Areas Of Moscow

In an article for The Guardian, Maryam Omidi explores Moscow's Door19, a place where "Damien Hirst and David LaChapelle artworks adorn the raw concrete walls," "flair bartenders serve up gem-coloured cocktails," and "a rotation of Michelin-starred chefs flown in from around the world curate new menus each week." It is indicative, she argues, of what Kuba Snopek (a lecturer at the Strelka Institute) describes as "hipster Stalinism" - a surge of redevelopment in certain parts of Moscow that cater to the 'oligarchs', wealthy creatives and Muscovite 'hipsters'. At Door19, for example, apartments sell for between $15,000 and $20,000 per square metre.

The Restoration of Chartres Cathedral is a "Scandalous Desecration"

Throughout its eight-century-long history, Chartres Cathedral has been consistently cited as one of the world's greatest religious spaces, charming countless architects thanks to its dramatic interior combining brooding stone vaults and delicate stained glass windows. But this legacy is severely threatened, argues Martin Filler for the New York Review of Books, by a "foolhardy" restoration in its zeal for recapturing the past "makes authentic artifacts look fake." 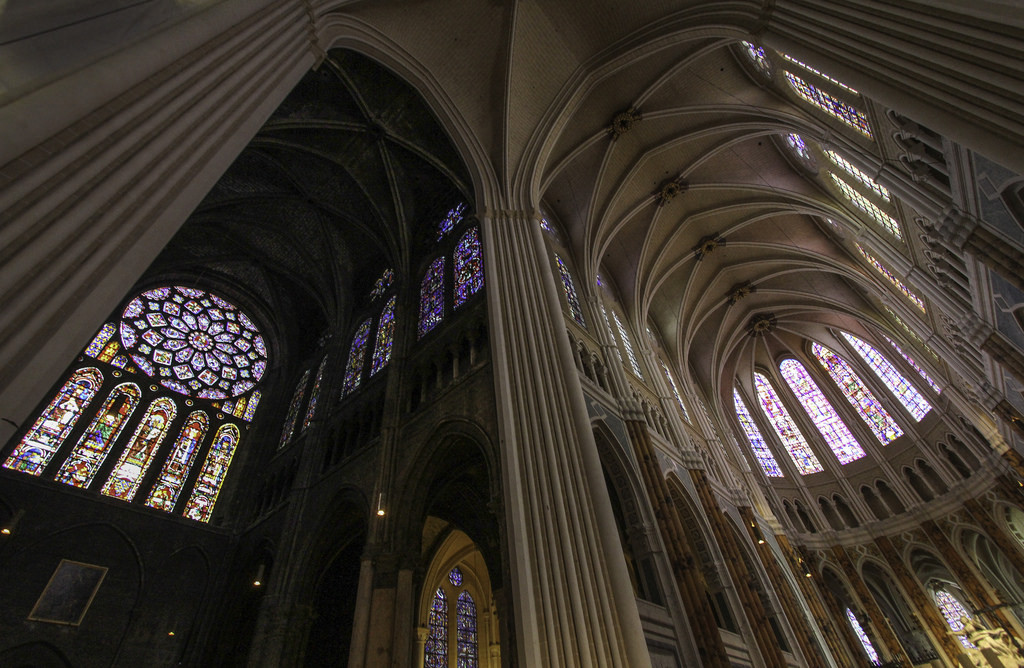 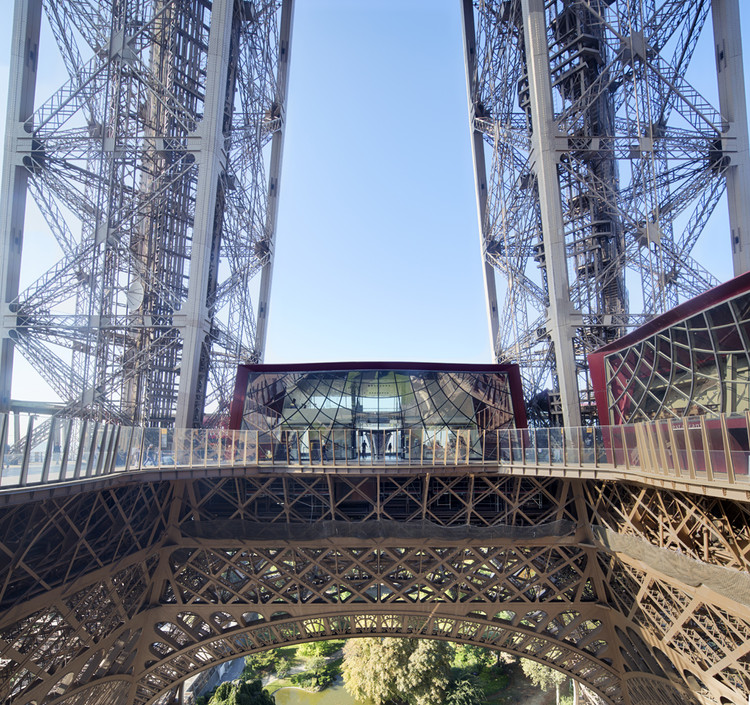 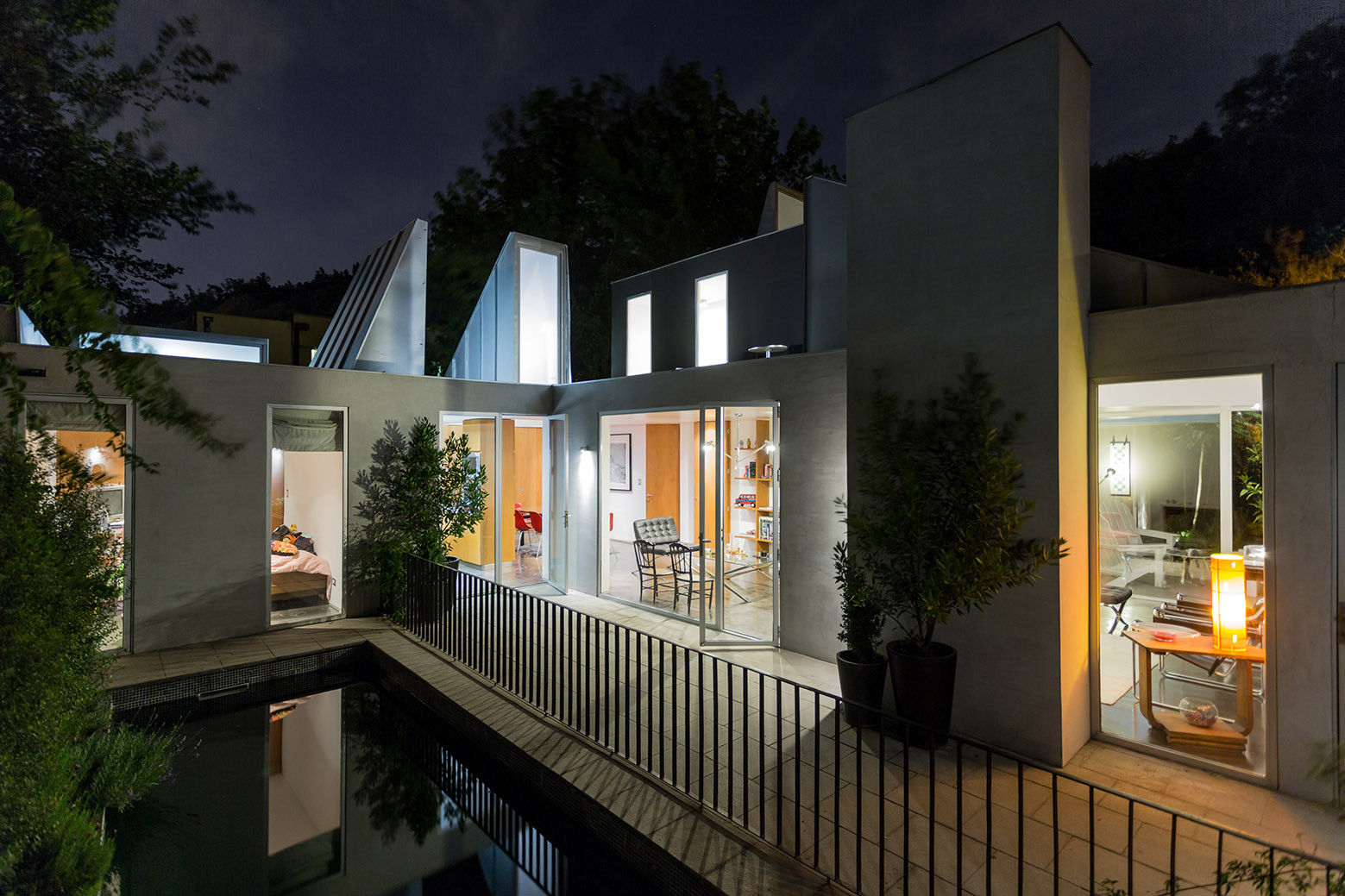 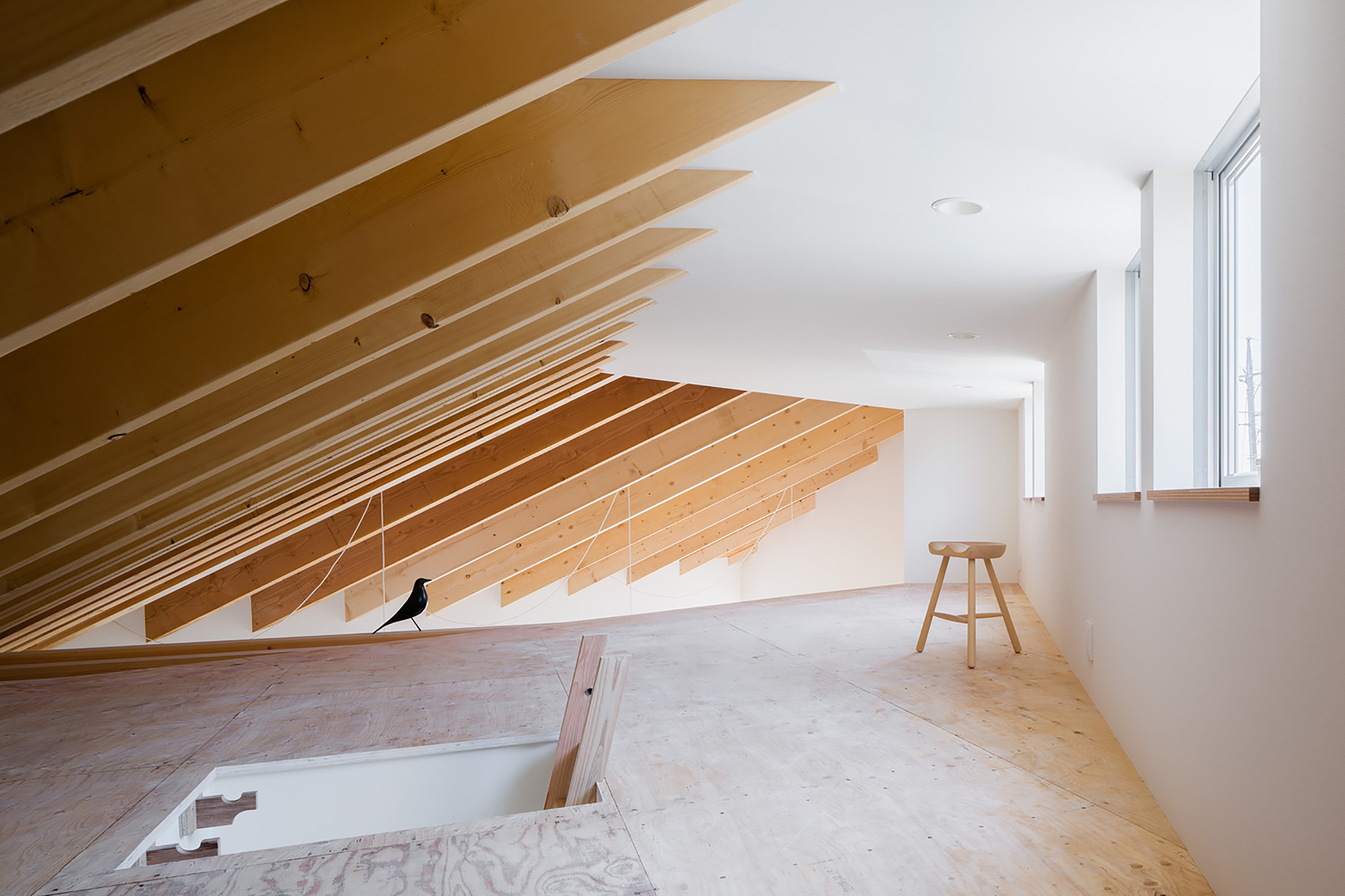 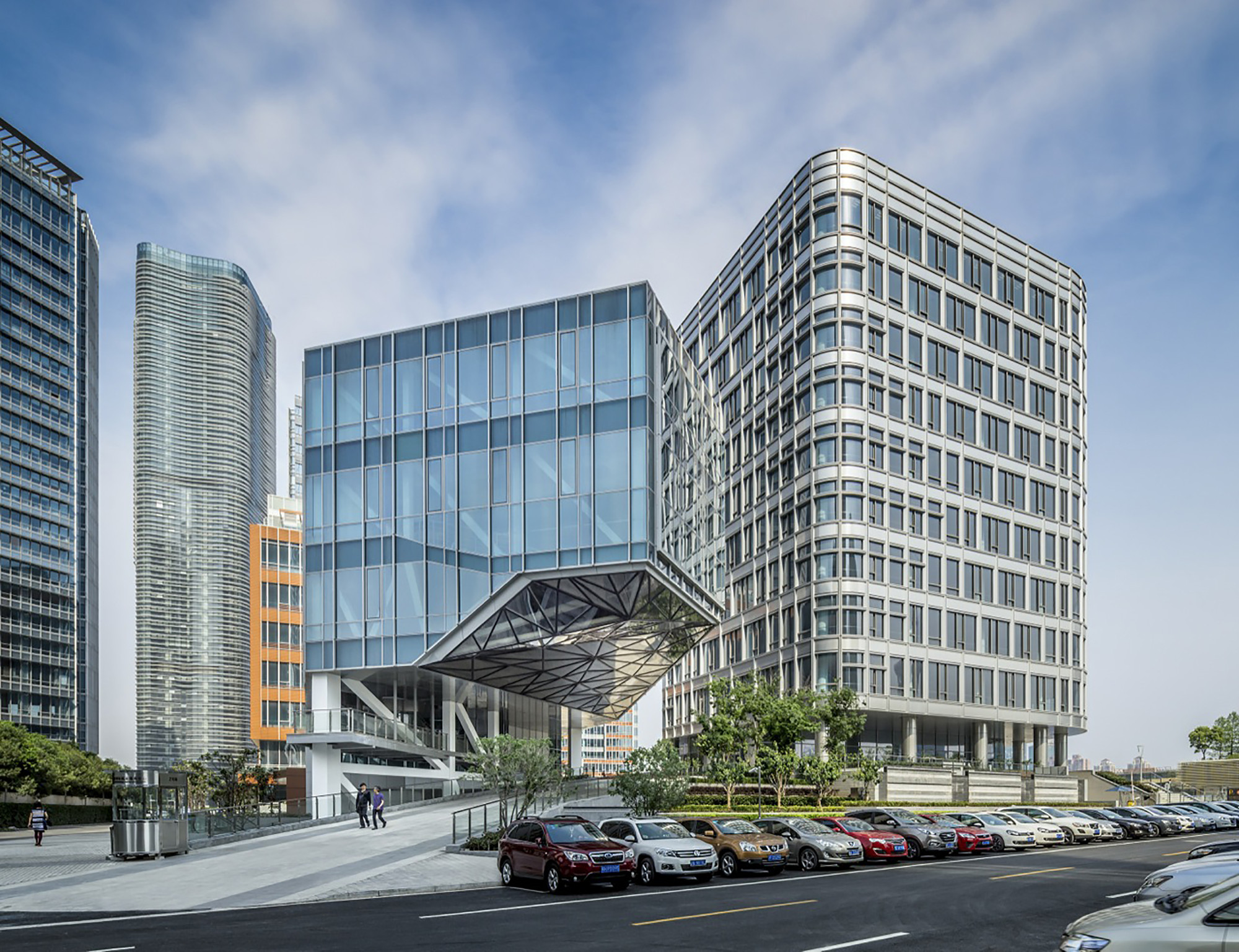