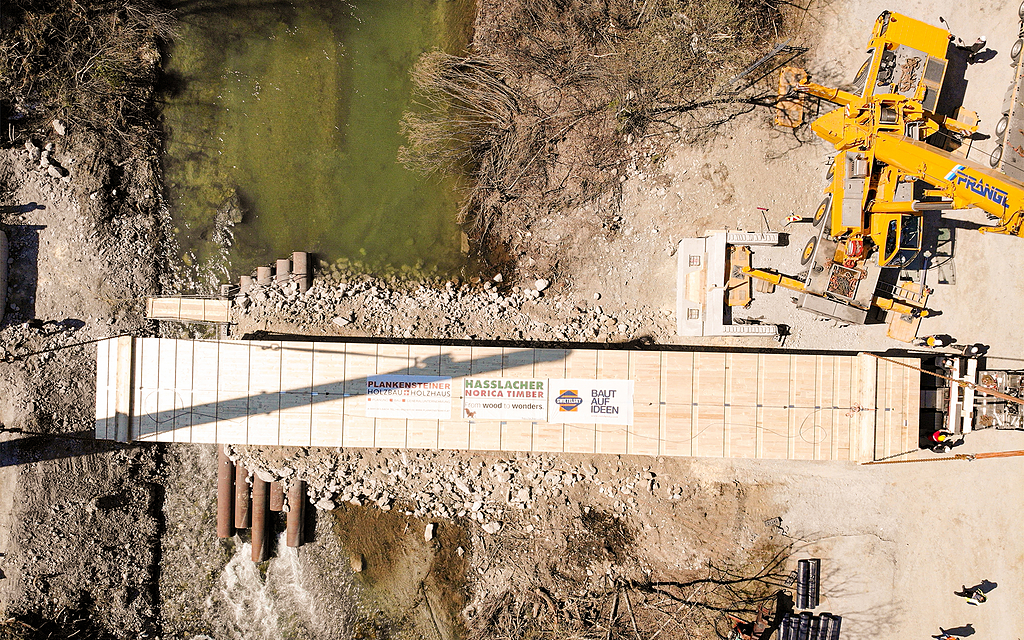 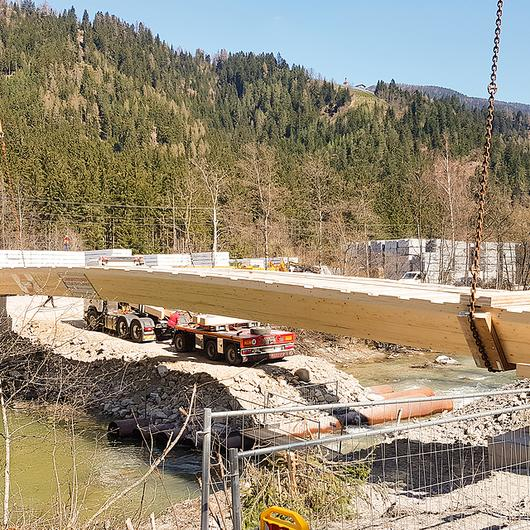 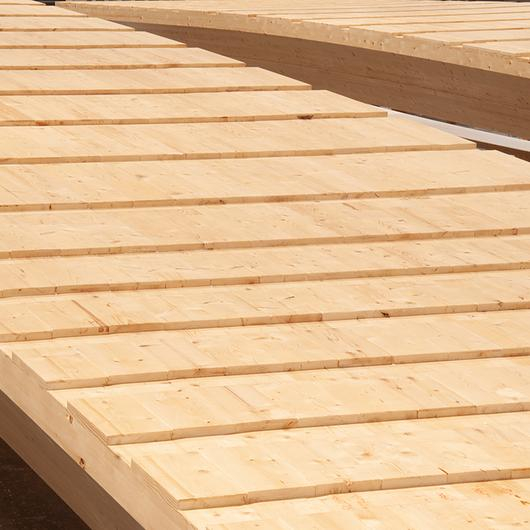 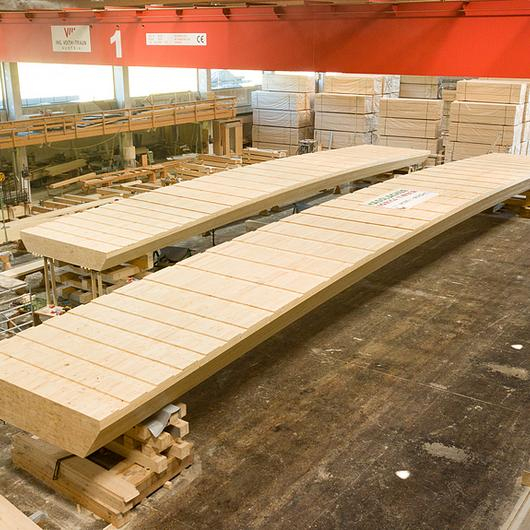 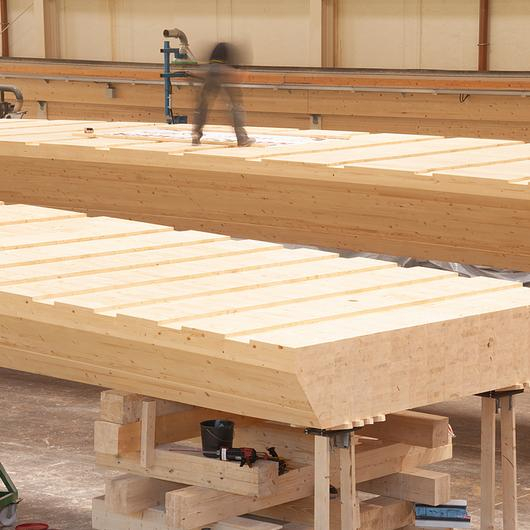 The popular cycle path along the river Drau, which leads from Dobbiaco in Italy over 366 km to Villach, has been enriched by two sensational constructions: In the “Pustertal”, two cycle path bridges in wood-concrete composite construction were built in Anras and Assling on behalf of the association “Radwege in Osttirol”. The two massive specially shaped Glulam beams were produced and delivered from the HASSLACHER Group’s location in Hermagor.

Both supporting structures, designed for 500 kg/m² and a 25-tonne vehicle, are each made of 17 curved individual glulam beams of the wood species spruce as a composite component by means of block gluing. 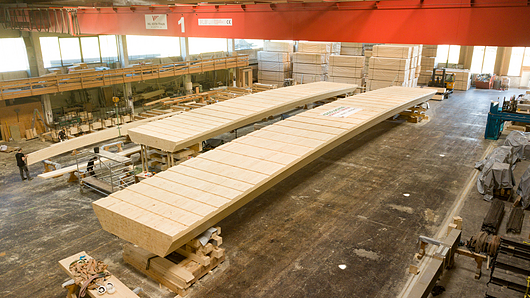 Into these beams are milled wedges which, after the application of a 25 cm thick concrete slab, create a stiff shear bond between timber and concrete. The concrete slab not only takes over the compressive forces, but also provides the structural wood protection for the wooden supporting structure underneath. 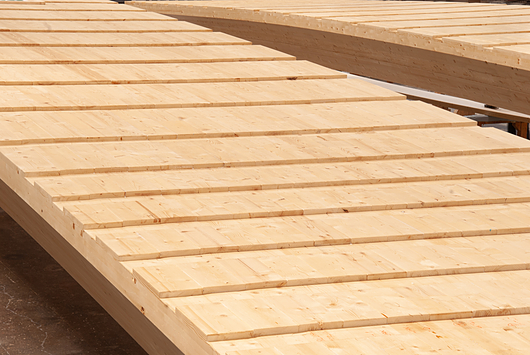 Into these beams are milled wedges which, after the application of a 25 cm thick concrete slab, create a stiff shear bond between timber and concrete. © Airborne Motion Pictures

The larger of the two bridges spans the river Drau near Thal-Wilfern near Assling with its 32.7 m length. The Cross section of the wood is 4.1 m wide and 1.1 m thick. With a total cubature of 125 m³ this results in a weight of about 56-tonne. The Margarethen Bridge near Anras has a length of 24.7 m, a width of also 4.1 m and a thickness of 0.85 m. With about 70 m³ in one piece it is also one of the largest glulam beams ever produced at the location Hermagor.

Both special transports were carried out during the low-traffic night-time period by experienced special transport companies with appropriate escort vehicles from Hermagor to the assembly sites in the “Pustertal”. These X-large loads were transported along the route from Hermagor to Villach, from there via the motorway to Spittal an der Drau and further on via the valley of Drau federal road B 100 via Lienz into the Pustertal to the unloading point. Several tricky hurdles - such as roundabouts and bottlenecks in cross-town passages - to master.

Arrived at their destination, the timber constructions were transferred from the company Plankensteiner Holzbau GmbH to the foundations or bridge abutments, and the general contractor Swietelsky AG provided the statically necessary concrete. 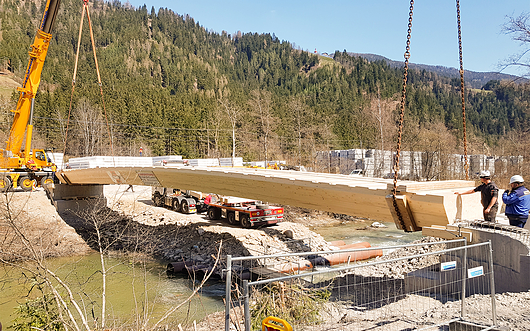 Installation of one of the bridge elements on site © Plankensteiner

“The HASSLACHER Group’s plant in Hermagor is designed for glued laminated timber components in special shapes up to a length of 42 meters and composite components also with more complex CNC up to ready-touse kits including built-in steel parts and surface finishing by painting. For this extraordinary order were the longstanding know-how and numerous references for large-volume glulam beams and the transport logistics are decisive,” explains Georg Dürregger, Managing Director of the HASSLACHER Group’s location in Hermagor. 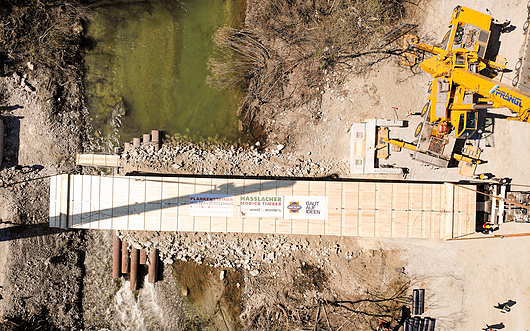 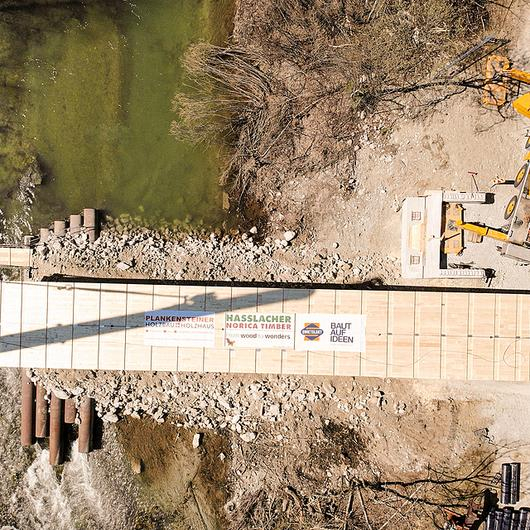 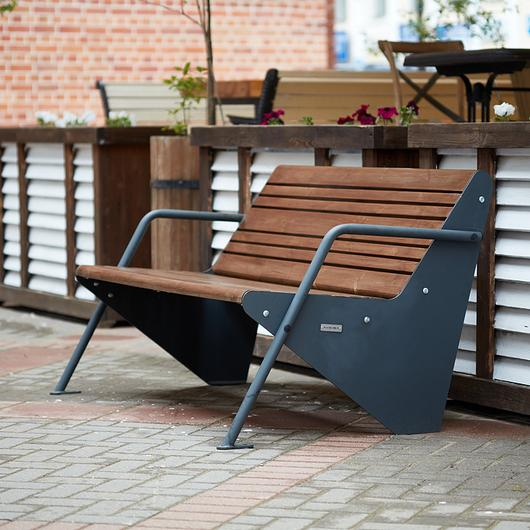 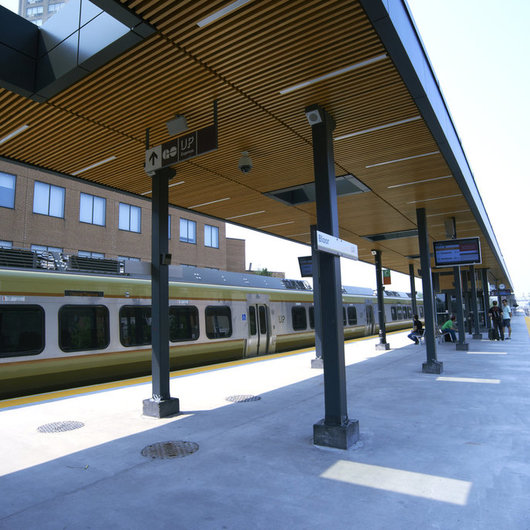