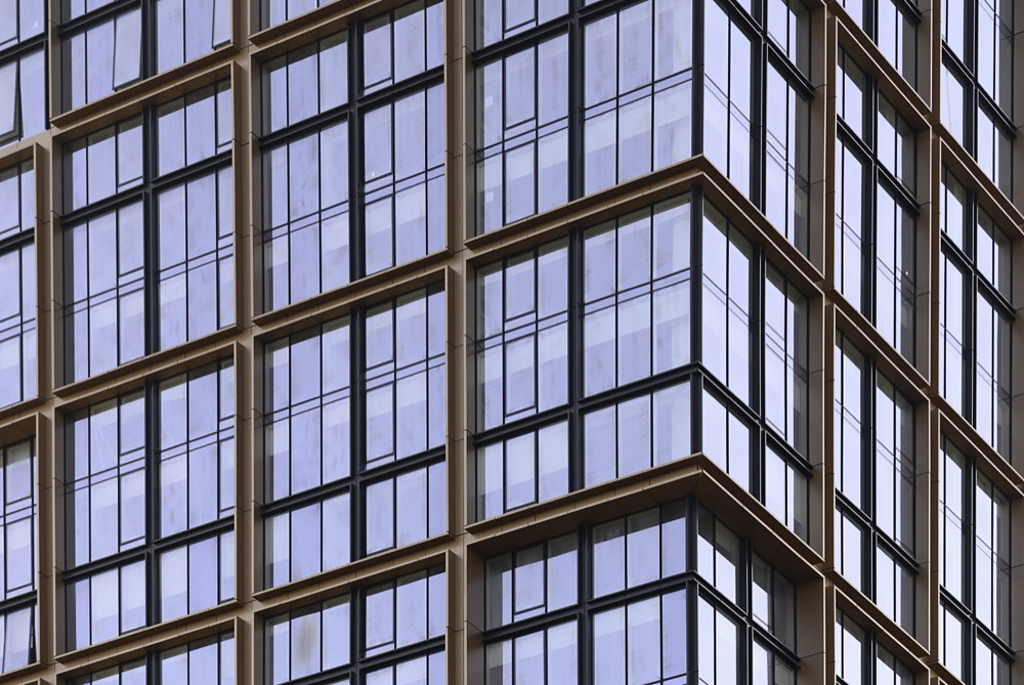 Located on Pier 6 in the Brooklyn Bridge Park, Quay Tower is a 28-story residential building offering spectacular views of Manhattan and the New York Harbor. The facade’s metal-and-glass palette was informed by the surrounding DUMBO neighborhood, a former industrial district that has become a popular residential and commercial quarter in recent decades.

Island Exterior Fabricators worked in tandem with architect ODA to bring the tower’s curtainwall system to life through a series of overlapping, intersecting grids at three distinct scales.

In the final design, a subtle black channel element running along both vertical and horizontal spandrel conditions defines each structural bay at 2-story increments. A deeper second profile in a bold burnt-copper color weaves through the primary grid on a diagonal, breaking up the framework. These lattices set the stage for an 18” offset in the face-of-glass cladding at key points, creating multi-story reveals in the building’s geometry.

The execution of the black and copper-toned grids required close collaboration between Island and the facade consultant, who jointly researched and selected material finishes that could withstand the harsh waterfront conditions. Both cladding elements were then fabricated in-house at Island's factory campus and assembled as part of the curtainwall panels before being shipped to the site.

Island's prefabrication-based approach was critical to enabling the tower’s entire envelope to be delivered as a hoist-loaded and floor-set curtainwall system—without requiring access from the exterior to complete the weathertightness. The complex geometry needed to navigate an 18” change in plane at the corner reveals was built into the facade panels at the factory, allowing for seamless integration on-site. By working with all stakeholders to tailor solutions based on the project’s needs, Island produced and installed the complete enclosure system as a single-source facade subcontractor.