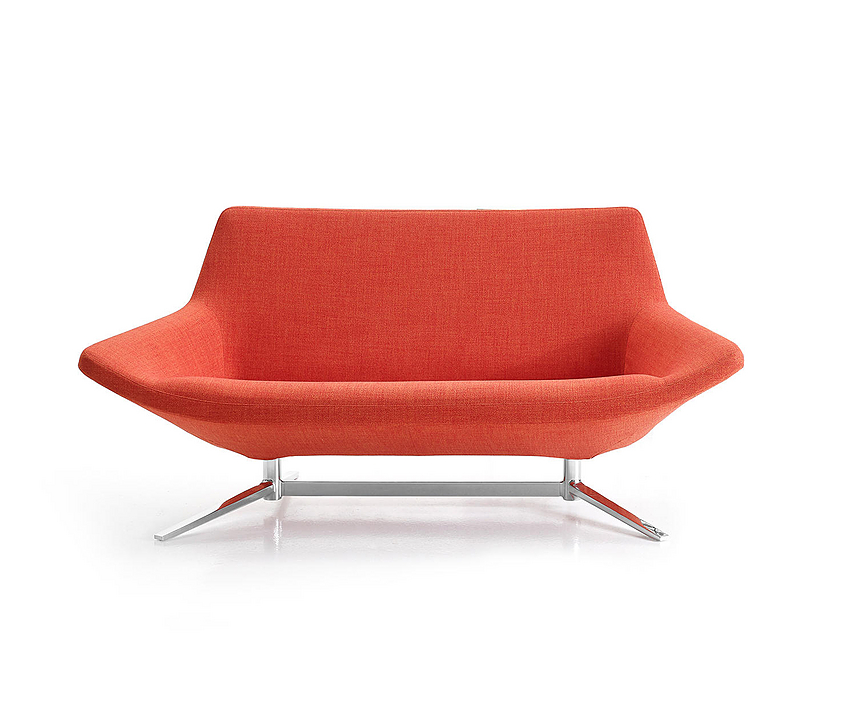 After the namesake armchair with its slender profile and expertly tailored design that was presented in 2014, the project Metropolitan by Jeffrey Bernett is extended with a cozy modern sofa that always features the continuous line presented by both seat and armrest. The innovative touch is the base with four spokes in glossy brushed aluminum. Already used as support for the armchair, here it is doubled to enhance the sofa with an aerodynamic flare that refreshingly revisits the look of even the most conventional spaces. Seats that flow uninterrupted into the armrests are the hallmark of the collection.

What happens when a successful product decides to reveal a new trait? Twelve years ago the armchair METROPOLITAN was presented and adopted not only by the domestic market but also by the Contract sector. Since “design, like cinema, art, and architecture, is a series of mirrors and lenses that records the changes in progress,” to quote Jeffrey Bernett, it is natural to re-interpret the evolution of an object over a longer period of time. “It is an interesting challenge that allows exploring the changes, what we have learned in the process, and what new issues can be solved.”

Hence, in both versions of 2014, either with a low back or a high back acting as a headrest, the volumes have become thinner, the surfaces have enhanced their flowing design, tailored seams highlight certain crucial areas, and the seat cushion, which is not detached anymore, is fully integrated. The seat’s profile seems to draw a “smile” in contemporary jargon, an invitation to sit down and enjoy a moment’s rest. Hence, the high version offers a haven both for those who want to sever contacts with the world for a moment and for those who wish to interact from a comfortable position.