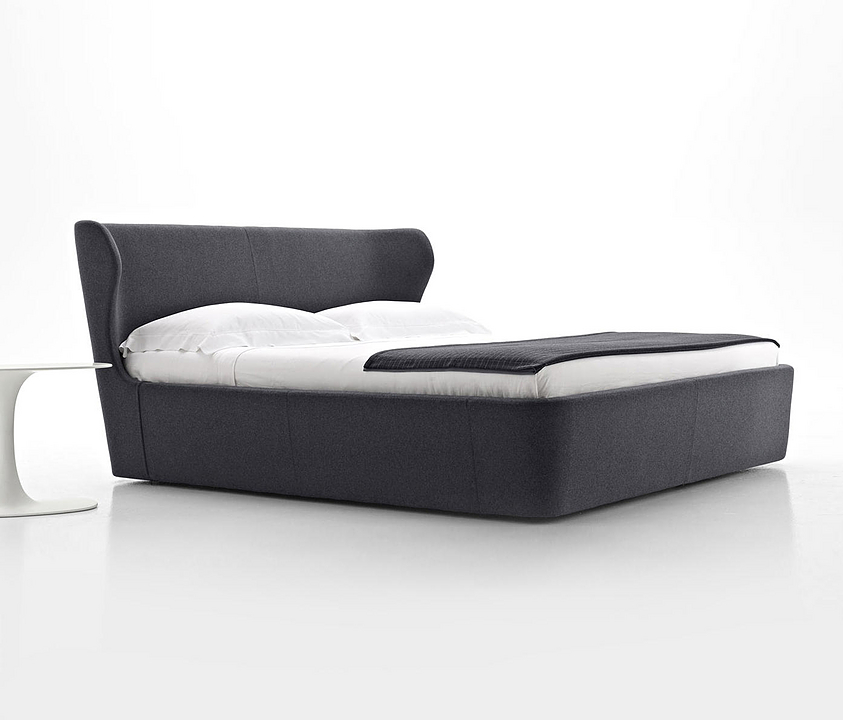 The famous shape of the chair by the same name, a debut piece for a large family of chairs, has now become a headboard. the cone shape that characterizes this form is slightly reduced and repeated in the bed frame. its shape remains unchanged: it expresses the simplicity and complete aesthetics with a firmness of symbology. the mattress almost flush with the perimeter confirms these characteristics.

To celebrate the 50th Anniversary of the company, established in Novedrate in 1966 by Piero Ambrogio Busnelli, B&B Italia has changed the “skin” of the armchair with footstool Grande Papilio, the seat designed by Naoto Fukasawa in 2009, and considered a cult item of contemporary design.

Its unmistakeable sculptured profile features an enveloping back that seems to open like a butterfly’s wings, hence the armchair’s name. For this important anniversary, Grande Papilio 50° is manufactured in fifty numbered copies with an original natural sheepskin cover: fifty shades of white, as many as the number of hues of the original leathers, to soften its profile and generate an ideal link with the classical pieces of Scandinavian design.