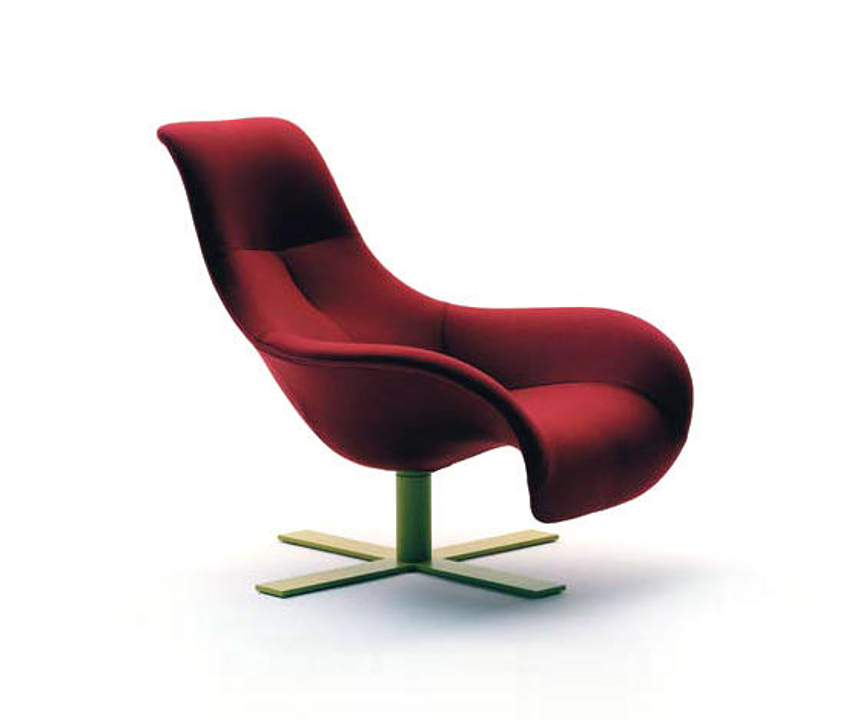 Mart MPR/1 is a relax armchair in thick leather with a tilting mechanism.