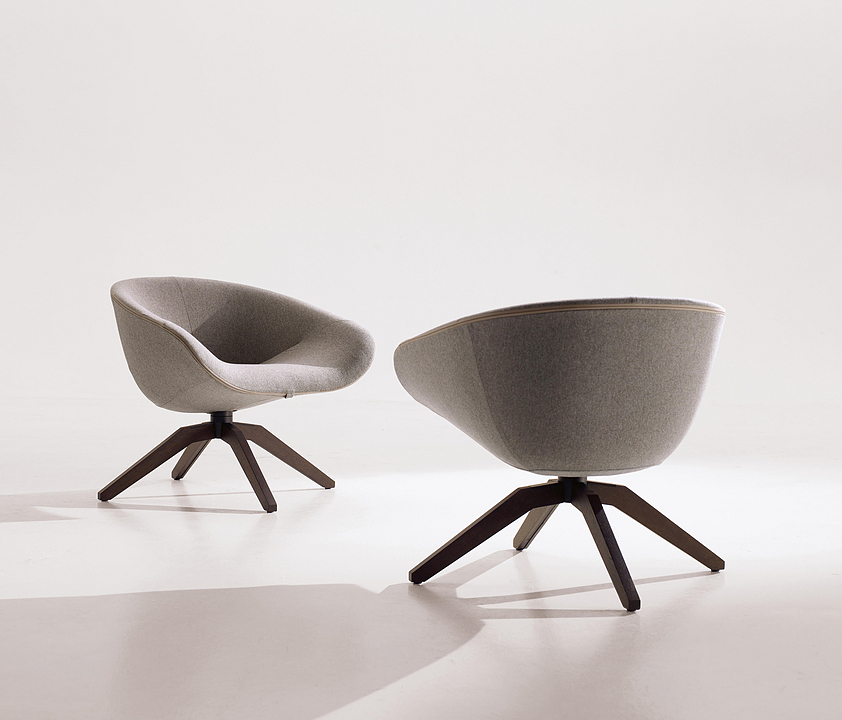 Mart MPG revolving small armchair in thick leather or fabric, with a new swivel base with four spokes in smoked stained oak.