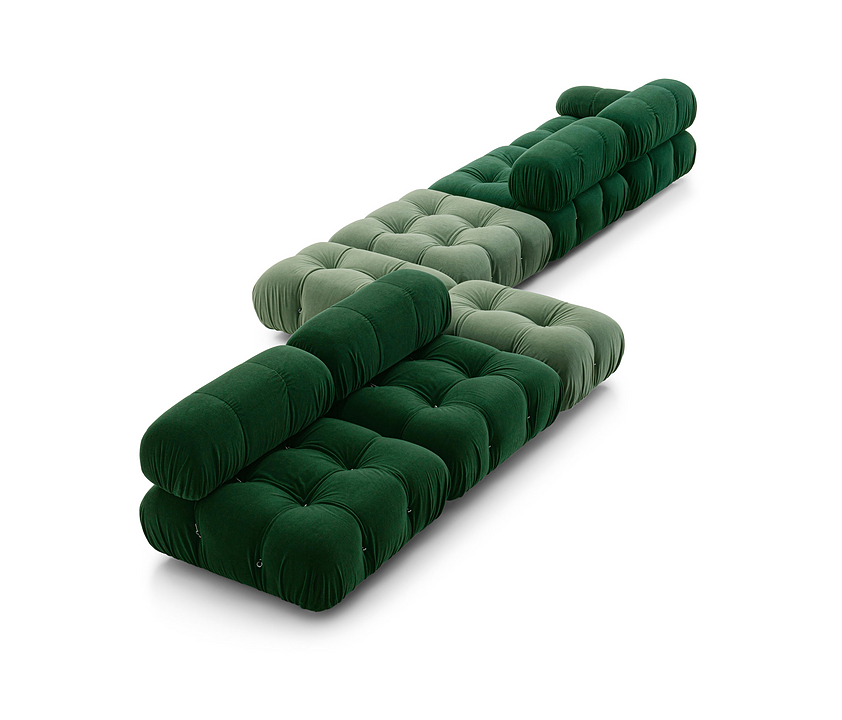 The system designed in 1970, makes its comeback 50 years later, speaking a contemporary language, between structural solutions and sustainable choices. Mario Bellini’s work is characterized by bringing together design and architecture and Camaleonda testifies to his unique ability to move confidently between diverse design languages, between macro and micro, geometry and curves, artificial and natural materials.

With Camaleonda we find ourselves in the presence of a sofa intended as an architectural element, capable of transforming the landscape of the interior space that it inhabits. A landscape that is neither immobile nor permanent, as its chameleon-like nature involves change and transformation. Camaleonda continues to live on thanks to an identity that has become an evergreen iconic vintage, current for each generation precisely because of its timeless qualities.

The fundamental characteristic of Camaleonda is its unlimited modularity, a geometric pattern that allows each element to become a sort of enormous pixel through which to define your home environment. By hooking and unhooking seats, backrests and armrests, you can enjoy the luxury of changing your mind as many times as you desire, moving and redesigning the space. A concept which is dear to Mario Bellini: “Of all the objects I have designed, Camaleonda is perhaps the best in terms of its sense of freedom. There are infinite number of possible configurations.”