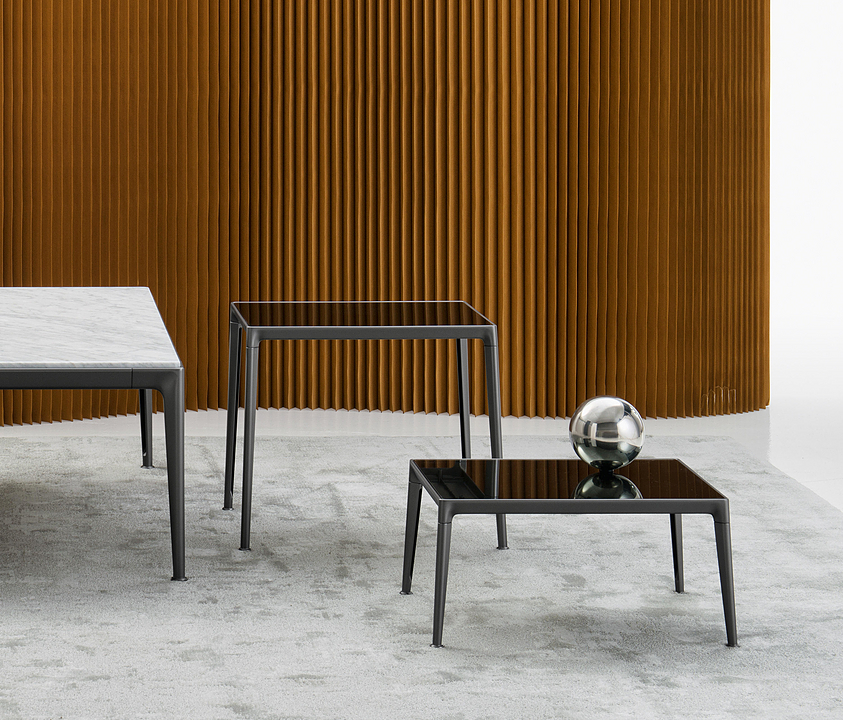 The Mirto indoor range has been enriched with new elements such as low tables, service tables, ottomans, and consoles, and introduces the new pewter painted finish for the metal structures. Among these proposals, an original solution for the low table, which features a textile upholstered top enriched at the edges by matching tones or contrasting profiles. Also new, the ottoman with a cushion that rests on an aluminum base structure with the existing finishes present in the series, black chromed and pewter painted.

When it first made its appearance in January 2014, it was intended for outdoor use. Today the Mirto series offers four different indoor seats. It is not an adaptation but rather a creation that was already planned in the collection’s original concept. Mirto is inspired by the classics of Modern Movement where the leather used for its structural properties, and not only as a cover, combined with a metal frame, generates highly sophisticated items with a pure basic design. The tables in the new indoor version have a black painted finish and glass top enhanced by reflecting bronzed paint.