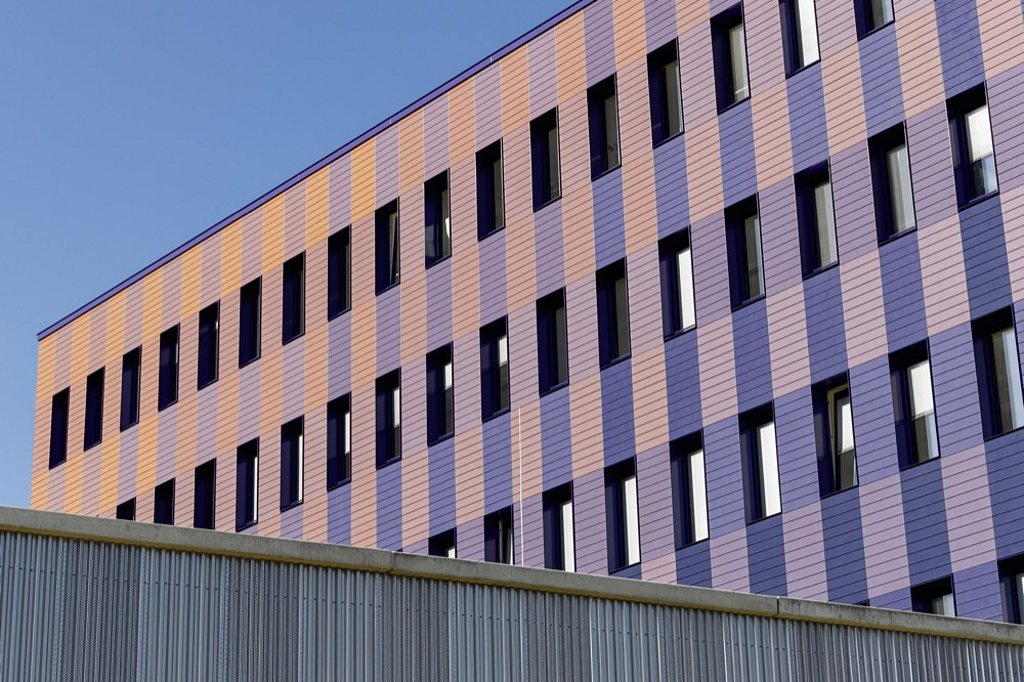 Regensburg in the Bavarian administrative district of Upper Palatinate has around 170,000 inhabitants. The UNESCO world cultural heritage site boasts a high quality of life and famous local buildings including the cathedral and a princely castle. At the end of 2019, the main municipal fire station was added to the list of architectural highlights with skillful urban planning to place the infrastructure facility in a central urban location and an eye catching exterior cladding of AGROB BUCHTAL ceramic tiles.

The fire station in Regensburg was built in 1963, extended in 1982 and enlarged by the municipal building authority from 2001 to 2004 - mainly to create an integrated control centre for the neighbouring districts and the city. In 2015, the office of Diezinger Architekten (Regensburg / Eichstätt) won a competition to regenerate the building. The refurbishment created new space for emergency vehicles and functional rooms. The architectural link of new and old buildings is achieved by using AGROB BUCHTAL tiles.

For the facade of the new building, Diezinger Architekten chose tiles from the AGROB BUCHTAL system KeraTwin K20 in 15 x 75 centimetre rectangles. The façade becomes an eye-catching feature with a differentiated color gradient of several shades flowing into each other. The spectrum ranges from strong, earthy cotto to a mystical blue-violet, which is subtly picked up by the side walls of the recessed windows. The finely matched nuances of the façade ceramics were specially designed by Diezinger Architekten together with Herbert Kopp (Munich) and individually manufactured for this project by AGROB BUCHTAL.

The AGROB BUCHTAL ceramic tiles continue to the interior (series Basis, Emotion, Plural) and act as an identity-forming link. In the corridors, sanitary areas, changing rooms and the professional kitchen, red and yellow color accents play with neutral white and anthracite. Horizontally laid ceramic cove skirting was included as a visually elegant and easy-to-clean wall-to-floor transition.

The majority of the tiles used in Regensburg are equipped with Hytect technology. This is a surface coating that provides the tiles with special properties, effective both inside and outside: