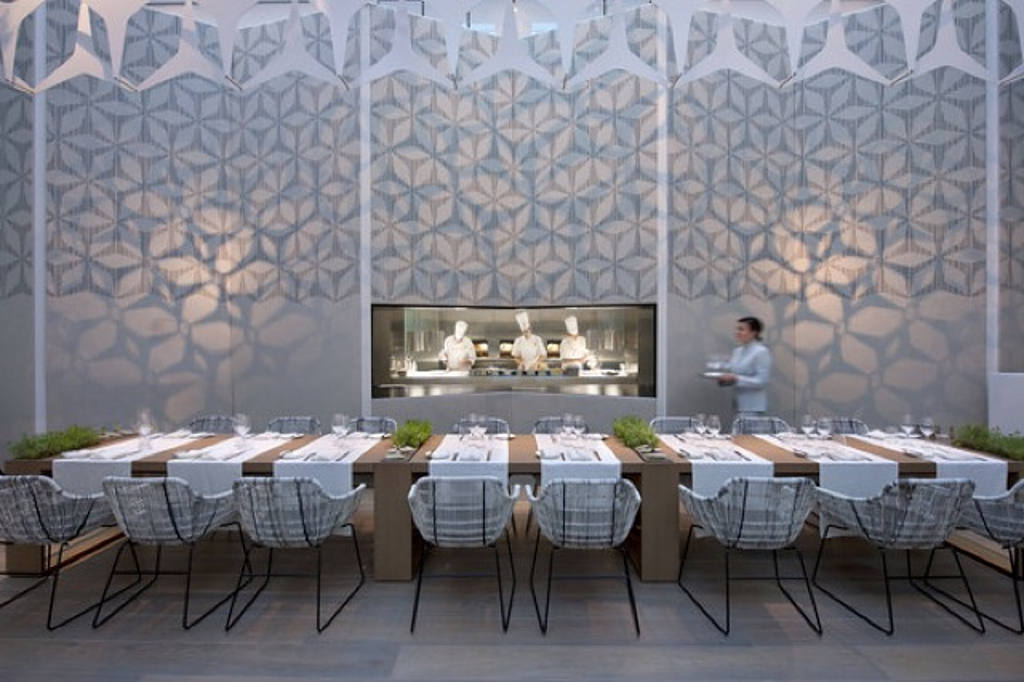 In line with the Mandarin Oriental’s passion for working with creative and exciting design concepts, the prestigious Spanish designer Patricia Urquiola was commissioned to create the interior decoration of Mandarin Oriental, Barcelona. B&B Italia furnishings feature in her project which reflects the open, cosmopolitan character of the great Mediterranean city where the hotel stands.

The linear simplicity of the building, which was once a bank headquarters, lends itself perfectly to the clean, balanced interior design by Urquiola which is also in keeping with the unmistakeable seal of Mandarin Oriental Hotel Group. The hotel’s ninety-eight rooms in shades of cream and white feature avant-garde B&B Italia furniture sitting well alongside oriental details, such as large wall screens and wardrobes inspired by traditional lacquered Chinese boxes. Light oak floors and large bespoke beige rugs add warmth while the bathrooms, complete with oversized walk-in showers, are decorated with mosaics by Mutina and Bisazza that were conceived as magical boxes of coloured glass.

B&B Italia Contract Division took care of each furnishing and finishing of the hotel, each element was engineered, manufactured and installed by the team.