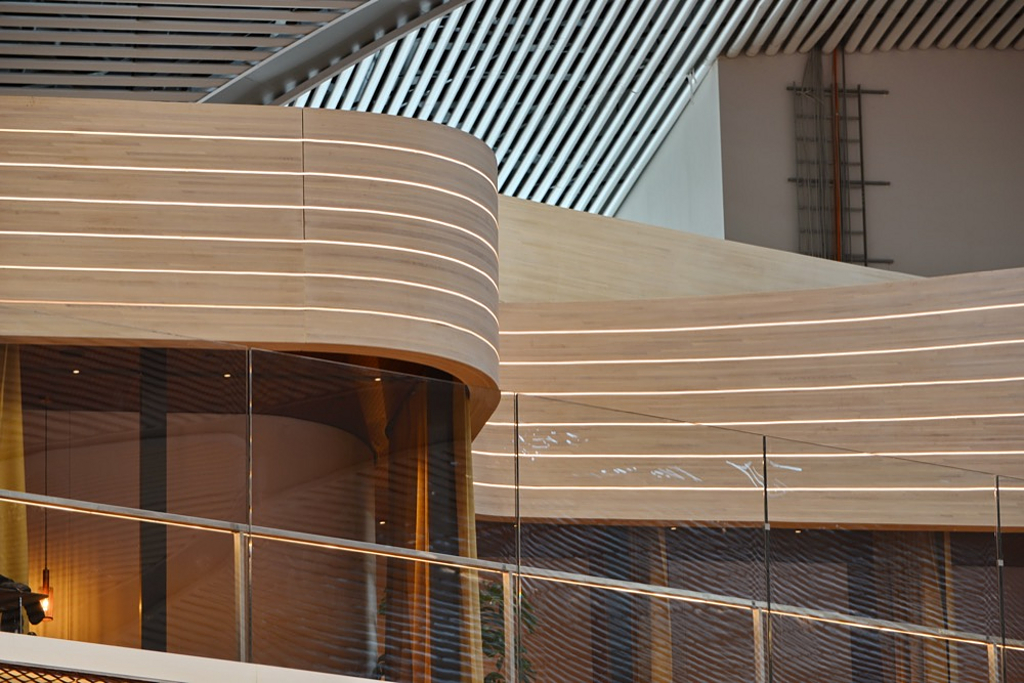 The Flow wall is an oak ribbon that unites a series of Turkish Airlines' lounges in Istanbul Airport to create an intuitive route through the space. Designed by Softroom and manufactured and installed by Mikodam, the timber parametric installation ranges over a lounge space of 19,000m2 and has a surface area of around 4,300m2.

The design is directed by Turkish Airline's philosophy of 'flow' within the airport. The Flow Wall shifts depending on the functions of the various areas it traverses; at the cinema room, it shrinks to draw people in towards the screen and in the kitchen area it becomes a peak to signal passengers from afar. LED lighting highlights the flow lines to aid intuitive wayfinding.

The wall has a relatively complex form made from a structure of plywood with a skin of bleached oak strips. The seven lines that flow across the surface are representative of how the airline connects the continents.

Mikodam uses several CAD tools and design software to plan and manufacture parametric designs such as the Flow Wall. The production technique they use is named “engineered craftsmanship”:

Every part of the Ribbon wall has a different shape which meant that each piece needed to be worked on individually yet maintain a continuous flow once assembled. The biggest challenge was to complete the entire project in a short time frame working in a coordinated schedule with other disciplines. This was overcome by an effort by the entire Mikodam team working in double shifts. 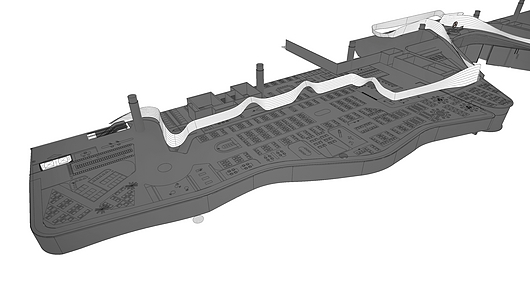